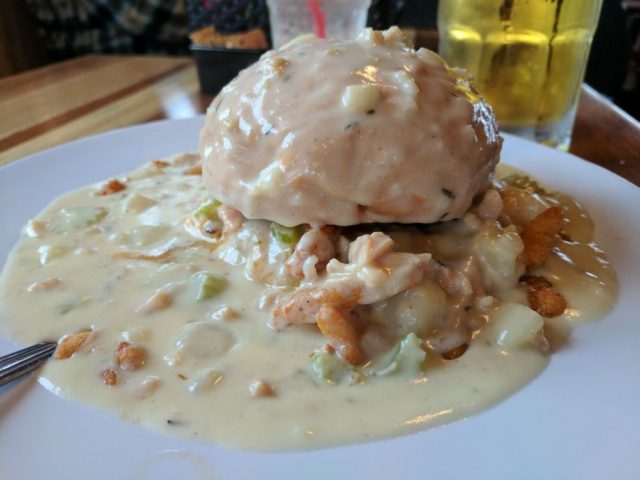 It has been nearly two years since Rod Dreher infected American religious discourse with The Benedict Option, an under-theorized mishmash of derivative ideas and conclusions meant to finance its author’s extravagant trips to foreign dinner tables. By spawning a litany of lesser-known “Options” in magazine articles and web-logs, Dreher managed to unwittingly play into liberalism’s hands. Liberalism is not concerned with the “right life” or the “best life” per se, but rather with the “right” or “best life” the individual defines for himself. And so the “Benedict Option” (whatever it means) becomes a choice among many, a mere possibility whose goodness is measured by the number of adherents rather than the substance of its claims. Luckily none of the other proposed “Options” ever gained much traction, perhaps because there is nothing more intellectually loathsome than to be a derivative idea of a derivative idea that, in and of itself, is not particularly impressive.

One other related consequence of Dreher’s drivel is the reduction of all things political to “Options” in the minds of contemporary American Christians, particularly Catholics. Take, for instance, the integralist revival inspired in no small part by The Josias and the earlier writings of its contributors. Both friends and foes of integralism have a tendency to treat it as an “Option,” a political posture that is worth adopting — at least in word — on a visceral basis alone. Integralism “sounds cool” to a certain type of 20/30-something Catholic disillusioned with American politics and its two main parties. Integralism seems “edgy,” and the willingness of integralists to callback to supposed “golden ages” in the distant past or more questionable eras of religious-political union in the last century has a polarizing effect that too many of these otherwise well-meaning Catholics revel in. This is contrary to one of if not the most central tenant of integralism, namely that integralists are doing nothing more or less than holding to the Catholic Church’s indefectible teachings. Integralists do not advance new doctrines or novel theological speculation; they merely adhere to the proper ordering of the spiritual and temporal powers.

On its face, that’s incredibly less “sexy” (or shocking) than saying that one longs for the days of the Inquisition or proudly hangs portrait’s of Franco and Salazar in their “study” (ok, fine, parents’ basement). By promoting a caricature of integralism, one that is more fit to be a Right Wing Death Squad t-shirt design than a topic of serious discussion, these unwitting integralists feed integralist’s critics with ample ammunition to gun-down the integralist thesis (or, rather, a certain degraded idea of the integralist thesis). That is unhelpful. For until the time comes that integralism, properly understood, is taken as neither a novelty nor a romantic hope, it will not only fail to gain traction in the wider Catholic Church, but few if any will begin the heavy lifting required to operationalize integralism in a socio-political environment beset by liberalism. To put it another way, for as long as integralism remains mired in useless discussions centered on some of its adherents’ silly social-media excesses and poor rhetorical choices, it will always have the appearance of an idea, of an “Option,” that can be freely chosen (or not) without serious intellectual and moral consequences. If that is all integralism truly is, then we need it not at all.

None of this is to say that integralism is beyond criticism or that integralists cannot disagree among themselves. One challenge to integralism that remains more hypothetical than realized at this stage is the Eastern Orthodox concept of symphonia. Leaving to the side for the moment any criticism of “symphonia in practice” as opposed to “symphonia as proposed,” symphonia does away with the hierarchical structure of the spiritual and temporal powers intrinsic to integralism in favor of an integrated model of ecclesiastical and secular authority. Under symphonia, temporal power is not directly subordinate to the spiritual, but rather interwoven with it. In the Byzantine, and later Russian Tsarist, iterations of symphonia, the emperor is vested with a coordinate role in protecting and promoting the true religion alongside the Church hierarchy (specifically the patriarch). Some argue that this is necessary insofar as the Christian East knows nothing of a central ecclesiastical authority figure in the way Western Christendom does with the papacy. While the bishops may, in theory, all be equal successors to the Apostles, it is the temporal ruler, the emperor, who binds them together and calls them forth with the dogmatic unity of the Church is threatened. Integralism, by symphonia’s lights, goes too far in subordinating the temporal power to the spiritual while also claiming indirect temporal authority to the spiritual power. This hierarchical structure makes the temporal the handmaid of the spiritual, an arrangement that is both theologically unsound and practical untenable.

Integralist adherents, mainly Latin Catholics, may wish to dismiss symphonia’s claims on the thin ground that it belongs to the Christian East, specifically the Eastern Orthodox, and therefore has no say in the doctrinal structure of the Catholic Church. Maybe. However, does not the Christian East no less than the Christian West belong by right to the Catholic Church, that is, the one Universal Church of Christ? Is it so clear at this stage that integralism has vanquished symphonia? Or do both models have room to exist within One Church? There is no space to answer those or a myriad of other questions here. Rather, they are brought up only to suggest that even if integralism should be conceptualized not as an “Option” but rather part and parcel of the Church’s historic social doctrine, then can it stand alone when an equally ancient and arguably more successful model (at least for a time) in symphonia is also available? For those inclined to dismiss symphonia out of hand, remember that without it there would be no Nicene Creed.