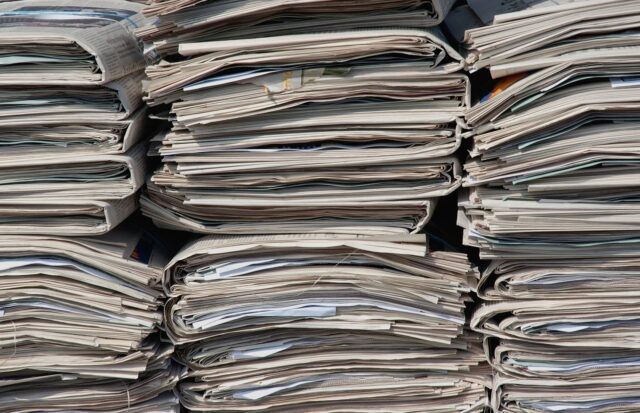 Russia’s invasion of Ukraine, which is now in its fourth week, is prime time news all over the world. Even without the dramatic video packages supplied by cable news, social media provides an incessant stream of images and videos (many horrific) chronicling the carnage from Kyiv to Kharkiv. Deep-dive analysis, the sort which purports to penetrate through the “fog of war,” is available for those who care to search it out, but there are serious gaps in what the public knows about the conflict. Even the best assessments remain qualified. Militarily speaking, one of the few things everyone agrees on is very little has gone “according to plan” from the Russian perspective. Fierce Ukrainian resistance coupled with poor Russian planning equals protracted hostilities. How long Ukraine can hold out remains uncertain. And while some continue to hope that Russia will, in time, throw in the proverbial towel, that outcome seems unlikely unless the near-unthinkable happens, namely Vladimir Putin and his murderous regime find themselves on the business end of a political revolt. Then there is a myriad of “X” factors, such as potential NATO intervention; the alignment of other world powers such as China for (or against) Russia; and nuclear weapons.

Situated against the backdrop of this ongoing tragedy, specifically in the lowest part of the lowest corner rather than front and center, is the bloodless but not inconsequential “apologia for Russia” embraced by certain unsavory segments of the Catholic world. Barking-mad traditionalists join forces with round-shouldered integralists for the purposes of promoting the idea that Russia’s bloody hand has been “forced” with respect to Ukraine. Never mind that almost the entire Eastern Orthodox world not directly under the thumb of the Moscow Patriarchate has condemned the conflict at the risk of irking the largest member of its ecclesial confederacy. Never mind as well that one of the targets of Russia’s aggression is the Ukrainian Greek Catholic Church, that longsuffering communion that continues to bridge the sometimes irritating and often illusory “divide” between Eastern and Western Christendom. And of course, never mind that nothing about the conflict’s prosecution fits within even the most expansive conception of “just war.” This conflagration, in the ideologically poisoned minds of its Catholic supporters, is a battle for civilization, with the forces of anti-liberal Light marching against the Dark Forces of Western decadence. Like all ideological constructs, this one, too, is remarkably resistant to empirical falsification.

As the dolorous weeks go by, some have been forced to temper their views. A Cistercian monk, who lamentably allowed himself to become the spiritual head of movement coopted by lunatics who privately believe Donald Trump should still be president, has opted to call the war what it is rather than retreat into silence. Many in the integralist camp, however, are still looking for ways to blame shift even if images of dead children and hollowed-out hospitals compels them to cease open genuflection before their Eurasian idol. The latest narrative trick is not so much to support Putin but to “understand” him, as evidenced by a recent article in new Sohrab Amari’s brand-new rag, Compact. “Understanding” is not always a bad thing, but it would be daft to pretend that the sort of “understanding for Putin” promoted by his Catholic fanboys is in any sense neutral. It is, in the end, a sympathetic understanding, one which is synonymous with muted support in the face of fierce criticism. Contemporary integralists have never been accused of hoarding courage.