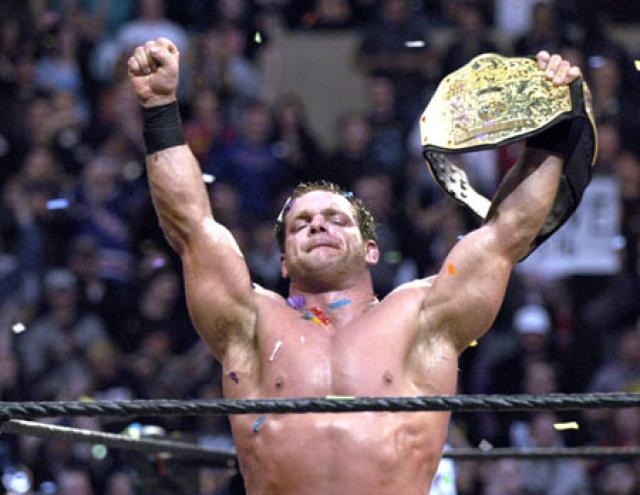 I have never been shy about the fact that I am a fan of the sport of professional wrestling and have been for nearly three decades. I have seen plenty of wrestlers come and go over the years, including the companies they worked for. I was there on the front lines watching during the so-called “Monday Night Wars” when Ted Turner’s World Championship Wrestling (WCW) almost succeeded in running Vince McMahon’s World Wrestling Federation (now World Wrestling Entertainment or WWE) into the ground. The business in America had never been hotter, with performers like Stone Cold Steve Austin, The Rock, Mick Foley, and Goldberg eventually becoming household names. Veterans also carried the business at that time, including Hulk Hogan, Randy Savage, Kevin Nash, and Scott Hall, though they were also assisted by one of the greatest pools of international talent ever assembled. Though it took WWE a few years to get on board, WCW’s supporting cast was comprised of individuals like Rey Mysterio Jr. who, arguably, revolutionized the way fans and promoters thought about athleticism and size in the ring. Hungry young talent like Chris Jericho got their start filling out the middle of the card and men like Eddie Guerrero, whose charisma matched his pure in-ring talent, set the stage for later success. And then there was Chris Benoit, dubbed the “Rabid Wolverine,” who was arguably the greatest professional wrestler of his generation—a position he would hold until 10 years ago when he murdered his wife and son before killing himself.

For years, numerous friends, girlfriends, and acquaintances have questioned my love of pro-wrestling and the lengths I would go to see it. Before the age of ready-at-hand streaming services, the only way I could consume wrestling outside of the major companies on cable was to use the two 4-head VCRs I purchased to record and copy American graps to trade with anonymous names on the Internet. During my high school and college years, I acquired a massive library of VHS tapes packed with wrestling from Mexico, Japan, and Europe, not to mention historic bouts from the days when American wrestling was regional and not broadcasted nationally. The video quality ranged from “alright” (at  best) to “atrocious,” but I didn’t care. Mitsuharu Misawa had a Match of the Year bout with Toshiaki Kawada in Tokyo and I was going to see it—even if took me four months to get the tape.

When people shook their heads at me, I could always go to my tapes and pull out 3-4 with matches that I knew would change their minds, no matter how visceral their contempt for wrestling was. Invariably, one of those matches would feature Benoit, a performer who never let his stature get in the way of making you believe that he could tear through any opponent under all circumstances. Whether matched up with a junior heavyweight in Japan, a technical master from Europe, or a brawler in America, Benoit could effortlessly match styles. While some wrestlers take it down a few notches when performing in front of small crowds or with the TV cameras off, Benoit never could. His passion was for professional wrestling and he never let anyone in the audience forget it. Sometimes that meant demonstrating his cardio conditioning by doing 15 minute sprints in the ring; at other times it meant showing off his technical prowess, floating between holds and lockups to remind the audience of pro-wrestling’s catch-as-catch can roots. But when he felt compelled, giving the audience a show meant diving head first off the top rope night after night; taking unprotected chair shots to the front and back of the head; and never letting a concussion get in the way of a good match.

When news broke of what Benoit had done, speculation immediately began that the cause of his actions was roid rage. It was no secret to even non-fans of the sport that wrestlers often looked to a needle to assist them in the gym. Since the 1980s in particular and the ascendency of guys like Hogan and the late Ultimate Warrior, image was essential to success; being larger than life was just part of the job. Benoit, who would have a hard time cresting 200lbs. on his own, blew up his physique in order to better fit in once he started wrestling in the United States. And so it was natural for people to conclude that his “routine” got the best of him. It made for the best story, namely that wrestling is full of roided-up pseudo-athletes whose work glorified violence, including violence against women. The Benoit tragedy was a perfect example of life imitating art; the low-brow “male soap opera” of wrestling had become all too real. Only that wasn’t the full story. An autopsy on Benoit proved that he had the brain of an octogenarian with dementia; years of head trauma had taken its toll. While it is impossible to know for sure why Benoit did what he did or excuse his actions by merely pointing to autopsy results, Benoit’s actions spurred WWE and other wrestling companies into being more proactive about preventing concussions and medically screening concussed performers before sending them back into the ring. The reforms have been far from perfect, but the situation today is far better than it was a decade ago.

Following his death, WWE effectively scrubbed Benoit from history, removing his name from their website and broadcasts; pulling all of his merchandise off the shelves; and never releasing any footage of him on DVD. With the advent of the WWE Network in 2014—the company’s 24-hour streaming service and video archive—Benoit’s matches become accessible again, though it is still impossible to track them down through the Network’s search engine; you have to know what you’re looking for to find him.

Part of me wishes I could say I never went back to watch another Benoit match, but that would be a lie. While I don’t remember the first time I watched Benoit wrestle again, I doubt I waited that long. For me, between the ropes, Benoit was as good as there has ever been. One of my happiest moments as a wrestling fan took place at WrestleMania XX in 2004 when he stood in the middle of the ring, embraced by his real-life friend Eddie Guerrero, holding the WWE World Championship. It was the culmination of one of the most brilliant wrestling careers in history, one that spanned the globe and left behind a treasury of some of the greatest bouts ever to take place in the squared circle. And then, three years later, Benoit, his wife, and his young son were all dead. All of the classic matches in the world against the likes of Jushin Liger, The Great Sasuke, Kurt Angle, Shawn Michaels, etc. cannot make up for Benoit’s horrible actions. And yet to deny his role in shaping a generation’s understanding of what great wrestling is cannot be overlooked either. Indeed, it is impossible to imagine any up-and-coming grappler ever achieving any level of excellence without spending hours studying Benoit’s matches. His intensity, psychology, and raw athleticism, when packaged together, were unparalleled. They may never be matched again.

Today, when my sons want to watch some great wrestling, I don’t have to rummage through piles of tapes in boxes; everything I want is just a few clicks away. I have shown them some of the premier matches in history, but not a single one has included Chris Benoit. One day, if their interest in the sport abides, I will have to tell them about Benoit and what he did—both in and outside of the ring. However, once again I cannot lie. When I am alone and need a refresher on what greatness in pro-wrestling is, the easiest choice I can make is to turn on a Benoit bout, suspend disbelief, and get lost in the artistry of it all.