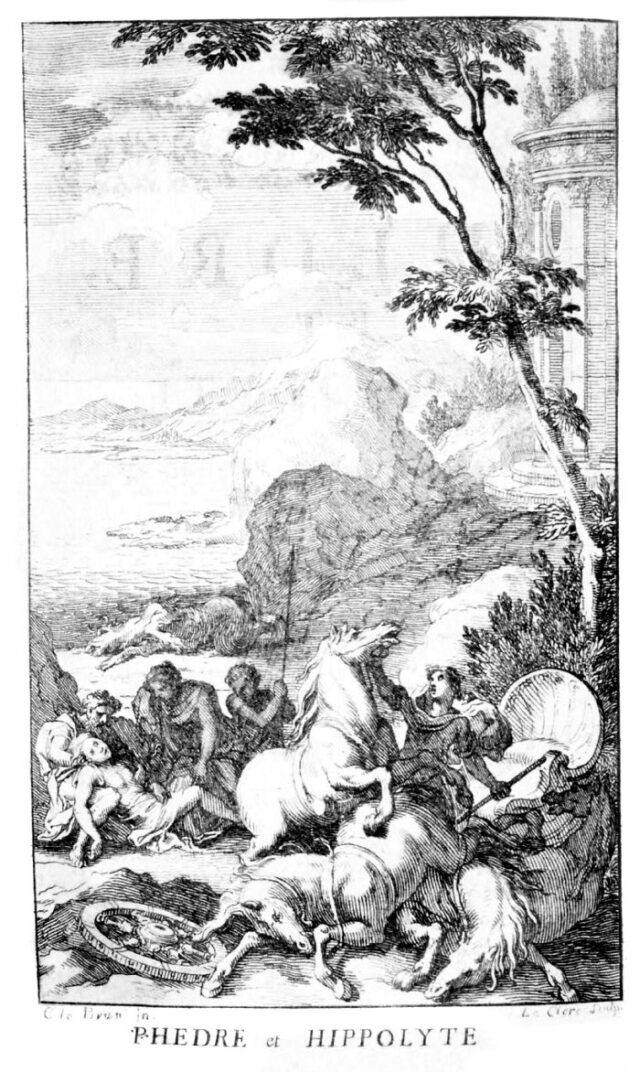 In the interview-style book, Encounters and Reflections, the late classicist Seth Benardete recalls his time as tutor at St. John’s College, which included reading Jean Racine’s Phèdre in his French course. It is brief enough to post in full.

Seth [Benardete]: …But actually the Phèdre turned out to be rather interesting.

Ronna [Burger]: Do you remember why?

Seth: Well, I immediately realized that this was Racine’s presentation of the difference between Paganism and Christianity.

Robert [Berman]: The difference being?

Seth: He makes one slight shift in the story at the end, which is when the monster comes out of the sea to destroy Hippolytus. The narrator says,“Hippolytus faced the monster with useless courage. But everyone else took refuge in a neighboring temple.” This is Augustine’s view of ancient virtue, that it really is a claim to having a power which you don’t have in yourself, whereas everybody else relies on God. And then it turns out that what I realized must have been true, because Racine gave up writing pagan plays and went to Port Royal and wrote Jansenist plays, with Biblical stories. This was a turning point.