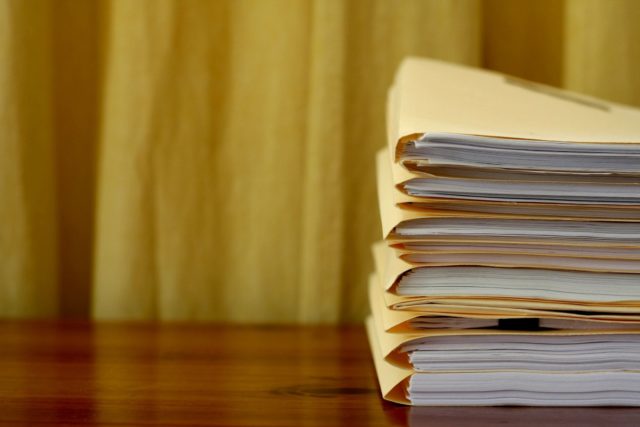 A lot has been written on the debt-collection/buying industry over the past decade. John Oliver even did a hilarious monologue on it which culminated in him buying tens of thousands of dollars for medical debt for pennies on the dollar before discharging it. To be clear, I want to make a few clarifications.

“Debt collector” generally refers to any entity that collects another party’s debt, whether it owns the debt or not. Often people refer to them as “collection agencies.” These are the folks who send out collection (“dunning”) letters, call your cell phone at all hours, and offer preposterous “one-time deals” to resolve a debt. Some, such as myself, also classify law firms which primarily collect debts, either through the usual tactics or via lawsuits, under this header as well. While many of the attorneys who work for these firms see themselves as genuine lawyers who do real legal work, the reality is that they are low-paid paper pushers with limited litigation experience. Many of the ones with talent look to get out of these firms ASAP.

“Debt buyer” generally refers to any entity that buys up pools of debt from an original creditor. Synchrony and Comenity, for example, are banks that provide retail credit cards for, say, Best Buy. When people hit hard times and decide that their priority is food rather than paying off their 4K TV, the accounts the creditors hold go into default. Rather than expend too much time and energy on these accounts, many of which are for relatively low dollar amounts, these creditors sell off pools of these debts to a debt buyer like Midland Funding. The information that Midland or other buyers receive about the accounts ranges from “adequate” to “piss poor.” In some instances, a buyer receives nothing but a spreadsheet with names, addresses, perhaps a partial social security or account number, and an amount. While this may not seem like enough information to meaningfully collect on allegedly default accounts, think again. The limited information supplied to debt buyers, much of it containing errors galore, serves as the basis for almost all debt-collection lawsuits.

No matter who holds the debt, be it an original creditor or buyer, at some point these entities have to decide whether to let an account go or turn to their brethren, the debt-collection law firm, for assistance. All states have a statute of limitations on when debt-collection actions can be brought, regardless of the legal theory employed. The most basic cause of action for these suits is breach of contract since, supposedly, the creditor and debtor formed a contractual relationship at some point in the past. In Michigan, the statute of limitations for such suits is six years from the last transaction. For a credit card, that means either the last time the card was used or when the last payment was made. Given the poor record keeping and incomplete information that is transmitted from creditors to debt buyers to debt-collection lawyers, it should surprise nobody that lawsuits are filed after the statue of limitations has expired. That is a no-no, for which some remedies exist (more on that later).

Other legal theories are typically employed as well, such as unjust enrichment and account stated. The “benefit” of these theories, at least in the mind of collection attorneys, is that they typically have lower evidentiary standards than a contract action. Although I believe this view is contestable, it is widely presumed in Michigan that a creditor or debt collector sending a “statement of account” (whatever that means) to an alleged debtor is sufficient for establishing a cause of action against them unless they specifically object to the statement. By pleading this cause, a collection attorney can do an end-run around any contractual agreement between the original creditor and debtor. This may not seem like much at first blush, but more than a few credit contracts contain provisions that can assist a defendant in court. Certain agreements contain so-called notice provisions that state that if either party intends to bring an action against the other, prior written notice must be given. Unsurprisingly, such notice is often not given or there is no record of it. In that instance, the lawsuit itself is premature and ought to be dismissed. If dismissal is not an option, then the defendant has a valid defense, and potential counterclaim, against the creditor for breaching the credit agreement. These and other provision, many of which are unknown to collection lawyers, go by the wayside when account stated is pursued.

As for unjust enrichment and other theories that fall under the umbrella of “implied” rather than “express” contract, longstanding Michigan case law holds that they cannot stand if an express contract, that is a written contract, exists between the parties. That does not stop attorneys from pleading such causes nor courts from granting collectors victory based upon them. Account stated, which I mentioned above, is recognized by the Michigan Supreme Court as a form of implied contract, yet courts routinely ignore that as well.

Without getting too far into the weeds, Michigan has rules of pleading that are often ignored in debt-collection suits. While these rules are rather low level (Michigan is a “notice pleading” state, meaning a party only must be put on general notice of what is being alleged), debt collectors find ways to violate them all the time. Without variance, debt-collection firms will use internally generated forms that are nothing but fill-in-the-blank complaints where the basic information from the spreadsheets mentioned above are punched into the document by assistants or paralegals. These documents are rarely reviewed by an actual attorney. When I have pointed out manifest, even ridiculous, errors on these pleadings, such as not identifying how many parties there are; using correct pronouns; and getting the name of the court and judge wrong, the collection attorney’s response is to shove off blame on their assistants. Rarely have I seen judges admonish them for this.

This is only the tip of the iceberg for how debt-collection lawsuits run. In the next part, I will get into the process of a debt-collection suit, including the manner in which many alleged debtors are served. That is often where the real trouble starts.