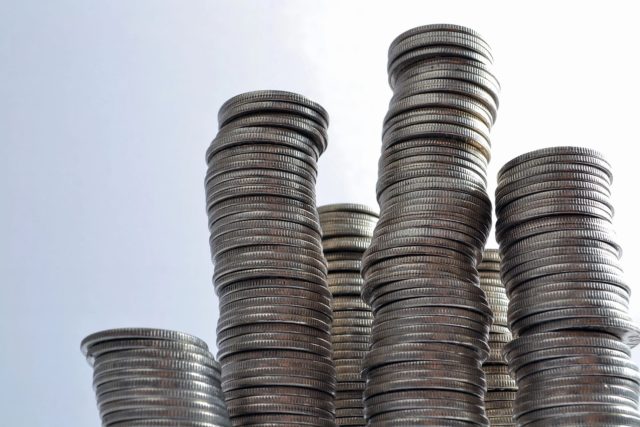 Note: This is Part 1 of a series of posts on the nature of debt collection in court, specifically Michigan courts. This installment contains basic background information on the Michigan court system, which is not substantially different than the systems of other states. As someone who routinely defends people in debt-collection suits, I make no pretense to neutrality. Usury, which is at the heart of almost all debt-collection suits, is a sin; I am no friend of it. And for reasons which should become clear over these posts, I am no friend of deep problems in the legal system that have turned too many courts in handmaidens of the debt-collection industry.

Defending debtors or, rather, alleged debtors in court is a largely thankless job. This conclusion, though reached largely from my experience as an attorney in Michigan, seems to be shared by other lawyers I have spoken with across the country. The ones with the brightest outlooks tend to be legal-aid lawyers who have a modest salary to fall back on along with a cloak of legitimacy in the eyes of the judiciary. After all, they are “pro bono attorneys” trying to help “the little guy” on their way to “more legitimate” legal work in other fields. Whether this perception is accurate or not is neither here nor there; it tends to be the way of things. For the rest of us, of which there are relatively few scattered across America’s legal landscape, the perception is that we are pariahs, troublemakers, legal obscurantists, etc. because we have the temerity to provide what all persons ought to be entitled to, namely a proper defense under the law. Part of that defense, indeed a large part of it, entails holding debt-collecting plaintiffs accountable under procedural and substantive rules intended, at the very least, to prevent precisely what goes on in courts across the country: the bulk filing of under-researched, cookie-cutter complaints that are often unsupported by credible evidence.

In the Michigan legal system, there are effectively two trial courts: district and circuit. The latter, created by the state’s constitution, handle high-level matters such as felonies and civil suits above $25,000.00. District courts, which were created 50 years ago by statute, are adjunct tribunals charged with handling misdemeanors, landlord/tenant proceedings, and sub-$25k civil suits. They are sometimes characterized as “neighborhood courts” intended to be closer to the people than their beefier circuit brethren. Every Michigan county, save for some rural ones, has one circuit court and any number of district courts. My county, for instance, has four (or five—depending on how you want to count) district courts. There is sufficient evidence to support the conclusion that at least some of these district courts are underfunded, understaffed, and undermotivated to serve as anything more than a clearinghouse for unimportant cases.

Of course, any person who has been on the business end of a district court proceeding is unlikely to find their legal matter “unimportant.” A low-level misdemeanor, pled to under prosecutorial pressure, can blight a person’s record for years, leaving them unable to find gainful employment or subject to probationary conditions which, without further assistance, they may very well fail. Landlord/tenant proceedings, too, can have a traumatic impact. An eviction record is a surefire guarantee that future housing will be difficult to find, particularly if one is looking to live in a safe, clean, and stable complex. As for general civil suits, outside of the rare low-stakes business dispute or a jilted lover seeking to get back that “interest free loan” she gave to her cheating boyfriend, the overwhelming majority which clog Michigan district courts are filed by debt collectors.

Now, before getting any further, let me note that not all debt-collection suits are created equal. An initial line can be drawn between those brought by original creditors (say, for example, Bank of America) or debt buyers like Midland Funding, LVNV, or, in the case of student loans, unholy artifices like National Collegiate Student Loan Trust. Almost all of the debts in question are consumer debts: medical debt, credit card debt, student loan debt, and so forth. What these suits share in common is that they are almost universally brought by a handful of debt-collection mills (law firms) that file cookie-cutter complaints en masse in district courts with little to no evidentiary support. While an attorney’s name will appear on these documents, few if any were ever prepared or even reviewed by an attorney. And even if an attorney’s eyes saw them before they moved out the door, the chances are high that the reviewing lawyer is an entry-level associate with limited litigation experience.

Why, you may ask, would any law firm, even a debt mill, behave so recklessly as to file legal documents that likely cannot withstand modest scrutiny? Because they can. Although precise statistics for Michigan are lacking, national estimates point to approximately 75% of all debt-collection suits ending in default. What that means is that after a person is served (or not—more on that later) with a debt-collection suit, they have 21-28 days to file an answer and affirmative defenses. (The time to respond depends on the manner of service.) Answers in and of themselves are not very remarkable: a person either admits, denies, or states they do not have sufficient information to respond to each allegation made against them in the complaint. Defenses, on the other hand, are trickier since certain ones have to be raised immediately or they are deemed waived. For example, if a court lacks personal jurisdiction over a defendant, Michigan law requires that to be raised at the outset or it is waived. The same is true for the statute of limitations. Since most debt-collection suits are rooted, albeit loosely, in contract law, a plaintiff has six years to bring it. And no, just because a plaintiff has blown the limitations period does not mean they won’t try to use the courts to collect.

Should a defendant not answer a suit within the requisite period of time, the debt-collecting plaintiff can file for a default judgment for the full amount it is seeking, plus costs, interest, and statutory attorney fees. It may come as no surprise that the math on these defaults can get a little fuzzy. With no meaningful opposition or oversight, it is not uncommon to find excessive interest tacked on to these judgments or costs inserted that have no basis in reality. Once that default judgment is acquired, the debt-collecting plaintiff is free to use a variety of mechanisms to collect, including garnishing a defendant’s wages, tax returns, and bank accounts or subpoenaing the defendant to appear in court and, under oath, provide all of their financial information to the collector’s attorney. Even if these default judgments are attained illicitly, inaccurately, or the individual subject to them has valid defenses at law, they are difficult to unwind.

If you have read this far, please note I will flesh a number of issues raised here in future installments. There is a lot to be said on how the debt-buying/collecting industry functions, particularly how pools of debt are sold (and resold) between entities for pennies on the dollar before winding up as the bases for most collection suits. When this business practice intersects with the legal realm, serious evidentiary issues are raised before they are, lamentably, ignored by far too many courts. All is not gloom and doom, however. I plan to highlight ways in which some judicial actors have pushed for reform and how a few judges have developed measured approaches to ensure that alleged debtors are not trampled over in their courtrooms.