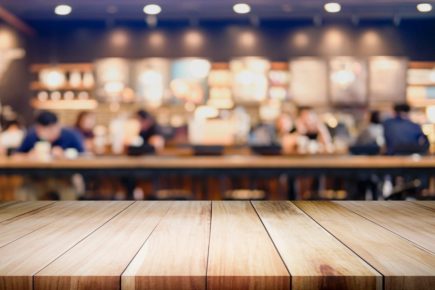 Nota Bene: What follows is off-the-cuff, unrefined, and unapologetically impressionistic. If you feel the need to get angry over anything below or tell me I am full of it, all I have to say is, “Tranquilo.”

I have, for the past few years, been effectively “retired” from web-logging. There is too much going on in my life to keep up with it and besides, “Catholic blogging” (for lack of a better term) has descended into grifterism. Gone are the halcyon days of the 00s-10s when both Catholic and Orthodox bloggers wrote serious pieces (and sometimes not-so-serious pieces) that both challenged each other’s particular stances while exhibiting genuine self-criticism. Sure, some folks were better at it than others, but almost all of them have moved on. Indeed, some have even left their previous confessions for new communions or, in one notable instance, abandoned Christianity altogether. Such is life. Although I am aware of several Catholic and Orthodox blogs that still exhibit a genuine desire to probe “things ecclesiastical” in a charitable, exacting, and critical manner or, in the alternative, present interesting tidbits of history, spirituality, and theology, I think the “glory days” are gone, or maybe just on hold.

All of that aside, the reason I have (temporarily) returned to this blog is because several people asked me to weigh-in on the recent “Mexican standoff” featuring Steve Skojec (1 Peter Five), Rod Dreher (American Conservative), and Edward Feser (academic and writer). I am not going to rehearse in depth their various arguments; you can find their writings easily enough. The short and the long of it is that Skojec, who has fancied himself a champion of traditional Catholicism for a number of years, has been undergoing a somewhat understandable, though sideways, “spiritual crisis” concerning the state of contemporary Catholicism. Having had a couple of those myself over the years, I cannot blame him. Nor do I blame Skojec for being public about it. It seems he is looking for reassurance, though it also seems he may be looking for it in all the wrong places. The online Catholic world of today is not the online Catholic (or, for that matter, Orthodox) world of a decade or two ago. Despite rabid disagreements, folks on both sides of the divide used to be fairly well-meaning, even if their advice failed to hit the mark. Today, online Catholicism in particularly is a terrain littered with hucksters, grifters, and triumphalists looking to advance various agendas to an unprecedented degree. Skojec seems to have left himself vulnerable to their machinations.

Of course, “agendaism” is not unique to Catholics. Consider Dreher: A former Catholic who went through a very public “spiritual crisis” that apparently brought him to Eastern Orthodoxy back in the mid-00s. Realizing that there was not enough public scandal in his own communion to keep-up the clicks, he has spent an inordinate amount of his post-Catholic career harping on Catholicism while also drawing from (plagiarizing?) Catholic thought in order to bolster his pop dystopian screeds. And so, it comes as little surprise that Dreher immediately piggybacked on Skojec’s crisis to retell, for the umpteenth time, his own. Concomitantly, Dreher has invited Skojec to look to Orthodoxy because, according to Dreher, it has all of these bells and whistles that Catholicism lacks. This is where Feser enters the fray. Regardless of what one thinks of Feser’s Thomas-heavy Catholic theology, he is correct that the Catholic tradition, broadly understood, is not lacking in the riches of the East. However, those riches are too often buried under the rubble of modernity, if not marginalized in favor of an attenuated Latinism that has become depressingly normative over the centuries.

All that said, the reason I was asked to comment on this is because it is something of a public record (though perhaps an increasingly obscure point of personal history) that I spent seven years in the Eastern Orthodox Church after returning to Christianity in my 20s before returning to the Catholic fold in 2011. Members of my extended family remain Eastern Orthodox and indeed my brother will likely be ordained to the diaconate in the coming year. I was married in the Orthodox Church and three of my four children received the sacraments of initiation there. Canonically, I have been and remain Greek Catholic, though I maintain strong ties to traditional Latin Catholicism. While I did experience some hostility toward Orthodoxy in the years after I left, all of that has abated. My “spiritual crisis,” if you will, did not become clear to me until years later. It was not a “crisis about Orthodoxy” so much as a crisis in myself, one that invited me to issue public condemnations of my prior confession in return for inordinate public support offered by Catholics who had been looking to get some digs in on their estranged Eastern brethren. I hope that is water under the bridge now. I have apologized for it. And if my apologies were not sufficient, please know I am issuing them again.

Returning to the main point, I cannot stress enough that the grass is not greener, regardless of where you sit on the East/West divide. (Oh, and before I continue, let me make note that “the East” is not monolithic, but since Oriental Orthodoxy is rarely contemplated as an escape route for Catholics and Orthodox, I am leaving it to the side here.) American Orthodoxy is a backwater. That is not an insult; it is empirical reality. Though most American Orthodox jurisdictions inflate their numbers, the truth is there are likely as many Orthodox in the United States as there are Catholics in the Archdiocese of Chicago. For some that is a bug, but for others it is a feature. American Orthodoxy does present itself as an enclave at times, historically ethnic but today increasingly ideological, that resists penetration from some unspecified horror known as “the West.” It often comes across as self-consciously exotic, even if many converts have infused it with bland, sometimes even pernicious, American religiosity. To put it another way, American Orthodoxy is a confederation of churches full of saints and sinners; devotion and destitution; liturgy and lies; holiness and hate; coherency and contradictions; etc. That is, it is not all that different from American Catholicism.

I would, of course, be remiss if I failed to mention that Orthodoxy does have certain advantages on average over Catholicism. The liturgy is pretty, if you are into that sort of thing. Most Orthodox clerics, though typically lacking the training and sophistication of Catholic priests, are disinclined to preach heresy on Sunday or put their own “spin” on the Gospel to make it “relevant.” At the same time, due to a certain insularity imposed by circumstance more than intent, Orthodox priests unwittingly perpetuate any number of harmful myths that only serve to exacerbate Catholic/Orthodox tensions. Even those “learned Orthodox” out there who have penned books claiming to “expose the errors” of Catholicism routinely miss the mark, and sometimes laughably so. As a Catholic turned Orthodox turned Catholic, I cannot tell you how mortifying it was for me to listen to Orthodox priests speak raw nonsense about the Catholic Church, including such disturbing delights as: Catholics believe everything the pope says is infallible; Catholics worship Mary; Transubstantiation is a scientific explanation of the Eucharist; Catholics can buy their way out of hell; Catholics reject theosis; Catholics reject icons; etc. Oh the list goes on and on and on…

None of this is to say that the Catholic Church is without its highs and lows. I doubt I need to repeat them here. As a Greek Catholic, I am painfully aware that in America especially, we are the redheaded stepchildren of Catholicism. (Hey, if we weren’t, there would be no Orthodox Church in America.) Because Catholicism is so much larger than Orthodoxy in America, its sins are magnified exponentially. Clergy sex abuse, financial scandals, doctrinal departures, politicization of the Faith, and so on and so forth, exist in both communions; it is typically the Catholic Church’s gross failures that draw widespread public attention. Nothing is more painful to a Catholic who has departed the “faith of his fathers” for Orthodoxy to come face to face with Orthodoxy’s moral failings. This is why, I suspect, individuals like Dreher have more than once turned a blind eye to them; it disrupts the narrative of “pure holiness” or “purer holiness” to find that sinners prowl about all of Christianity seeking the ruin of souls.

At the close of business, it is not for me to say where Skojec or any other Catholic experiencing some sort of crisis should go. I was admonished by a good friend yesterday for reading the whole affair cynically, and so I’ll try not to. Feser has given Skojec (and others) some fine advice and Dreher, ever the opportunist, is just doing what he does to make money (click, click, click). It makes little sense to me that a Catholic distressed over decentralization (synodality), birth control, divorce-and-remarriage, doctrinal imprecision, and the erosion of legality would embrace a communion that has no problem with any of those things. To accept Orthodoxy is to accept a very messy ecclesiology, at least by idealized Latin lights. Spiritually speaking, solace can be found with a prayer rope just as easily as it can be had with a rosary. St. Seraphim of Sarov taught many beautiful things, but so, too, did St. Francis of Assisi. As the Orthodox priest Alexander Schmemann observed, for the duration of the Church, there have always been more lukewarm Christians than otherwise. Fervency is fleeting, no matter which church doorstep one darkens.