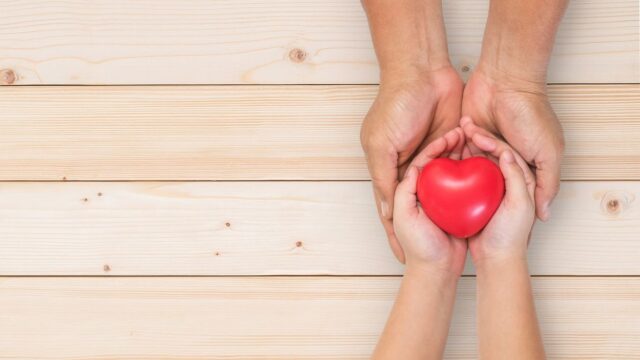 During several of the many revisions/enhancements/reconsiderations of his philosophy of history, Eric Voegelin drew attention to the uncertainty of life and its effect on the human soul. Life is hard—a banal observation until you start unpacking what that means. Materially speaking, life is exponentially easier today than it was 100 years ago. At the spiritual level, life may be as difficult as it has ever been. Never before have human beings been inundated with so much pneumatic trash. Keeping in mind the plethora of competing religions, sects, denominations, ideologies, and “reasoned” denials of all that once made us three-dimensional persons which work to assail Apostolic Christianity (Catholicism, Eastern Orthodoxy, Oriental Orthodoxy, etc.), it is little wonder that pseudo-intellectuals, grifters, and charlatans prowl about the Internet seeking the ruin of souls (and their money). So-called “defenders of the faith” fall over themselves to convince you not only of the reality of existential threats to “true religion,” but that they possess the means to combat them.

All of this is very performative, of course. Some are better at it than others. Unsurprisingly, many of these individuals and the cyber-enterprises they created in their basements turn on each other regularly. Looking for a second at the microcosm that is traditional Catholicism, it rarely resembles a callback to a “better time.” Rather it appears as bellum omnium contra omnes. Principled disagreements, of which they are legitimately many, are an afterthought in the race to accuse this-or-that person or group of being schismatic, heretical, sowing discontent, disobedient, capitulating, selling out, and so on and so forth.

Many wants to believe that the story of Christianity is mostly neat, linear, and without the sort of massive upheavals that are pervasive today. Sticking with Catholicism, the Second Vatican Council represents just such an upheaval or, perhaps, the gateway to numerous upheavals, both foreseen and unforeseen. Bishop Bernard Fellay, the former Superior General of the Society of Saint Pius X (SSPX), observed repeatedly that when it came to the Council, both the “far left” (liberal Catholics) and “far right” (sedevacantist Catholics) shared a common belief that Vatican II changed things. Moreover, in defending the Council, conservatives (including those who were once referred to as neo-Catholics) joined the liberals in believing the Council is good because it came from the Church. Sedevacantists and some other extreme traditionalists, on the other hand, believe that because the Council is bad, it cannot have come from the Church. Those Catholics stuck in the proverbial middle are left with a mystery, an uncertainty if you will, that is nearly impossible to reason through. Faith is essential, but it is now in short supply. Is it any wonder then that unqualified self-promoters have a fresh opportunity to step into the fray to “make sense” of this dilemma?

This “making sense,” as noted, often means pointing fingers. The SSPX, as the veteran voice of resistance to the modernist pathologies that have invaded the Church, is routinely subjected to fierce criticism. Liberals believe the Society is in outright schism. Conservatives tend to agree with this position, though their tone has softened in light of recent circumstances, including a growing recognition that John Paul II, the pontiff that the Society so “egregiously disobeyed,” may not have been all he was cracked up to be. Traditional Catholics vary. Some, wanting to be seen as obedient and refusing to act in any way that forfeited their ultramontane bona fides, kept the SSPX at arm’s length or denounced the fraternity altogether for the usual litany of tired, unconvincing reasons. Others view the Society as “competition,” which explains why certain individuals and their enterprises expended a disproportionate amount of energy denouncing it.

Although it is not my place to defend the SSPX, especially since it has done an incredible job explaining its positions through books, periodicals, videos, and podcasts, I mention it only because it is a frequent topic of conversation among those who purport to “explain” the Catholic Church’s current circumstances while trying to square the circle by offering a worldly “solution.” Any soul familiar with the history of Catholicism over the past century ought to know that the SSPX is hardly alone in taking extraordinary action to preserve the Faith and minister to the faithful. The saintly patriarch of the Ukrainian Greek Catholic Church (UGCC), Joyf Slipyj, fortified the UGCC against the brutal persecution of Soviet Russia and the political machinations of the Vatican. Given that few comprehend history well, it is not surprising that Patriarch Josyf’s heroic witness for the Church commonly goes unnoticed.

Besides, understanding others as they understand themselves, and through the lens of charity, rarely draws clicks.