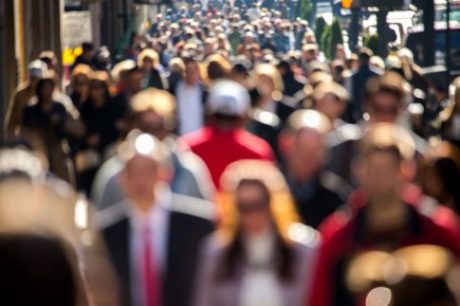 Many folks of mixed will are still busy opining on what transpired at the Capitol on January 6, 2021. I, only half-jokingly, referred to that entire 24-hour period as “the stupidest day in American history.” A friend of mine, Kevin, replied, “The stupidest day so far.”

I have not, admittedly, digested the full range of photos, videos, and first-hand accounts of what transpired in Washington, D.C. two days ago. No matter how convincing (or damning) a particular clip or anecdote may be, there are always those who will say that the entire debacle needs to be placed in its “proper context.” For instance, there are more than a few voices on social media saying what occurred “wasn’t that bad” compared to, say, the French Revolution or the storming of this-or-that government/royal building in the Middle East. Maybe, just maybe, what happened wasn’t “that bad” when compared to the wave of protests that rocked most of the United States during the summer months of 2020. Certainly, those protests, which are commonly (though perhaps not accurately) referred to in the collective as “Black Lives Matter protests,” resulted in more property damage than what occurred in D.C. The human toll was higher, too. Still, I am unconvinced that even those out-of-control escapades carried the same symbolic purchase that storming the Capitol and interrupting an active session of Congress did.

When flipping through the news channels on Wednesday, I heard words like “insurrection,” “sedition,” and “rebellion” spewed casually by a range of anchors, pundits, and everyday folks on the street. The two learned hosts of a law podcast I listen to ran through a host of U.S. statutes criminalizing such behavior while speculating which could be applied to not only those who breached the Capitol building, but President Donald Trump and his cohorts as well. At the same time, there were other voices, mainly from what might broadly be called the Right, which downplayed the whole affair. These were not, I should say, the voices of pure hacks who labeled the intrusion, violence, and destruction as a “false flag” operation staged by a consortium of “deep state” agents and Antifa. These voices were of those who, despite all the evidence, believe they cannot wholly abandon the spectacle of the last four years without sacrificing a piece of their political souls. These voices admit that something disruptive was afoot the other day, but at the close of business it really did not matter. The United States is still standing! The transition of power will occur! What is there to worry about, really?

Then there are those such as me who are left to wonder what this all means not just for the future of any particular political ideology in America, but the ways and means of the country itself. It is raw silliness to presume that Trump’s exit from the White House will reset the political field to where it was 10-20 years ago. “Trumpism,” meaning simply an admixture of the politics of resentment with fear mongering, posturing, and buffoonery, is here to stay for the immediate future. It could, I suppose, fade away in the coming years just as the so-called “Tea Party” movement faded. I doubt it. Already there are those at the local and national level looking to repeat what Trump did, namely turn politics into a pretty plaything for their own personal service while heaping the hopeless masses with unfulfillable promises. Why certain types of persons, specifically certain types of Catholics, find these promises so personally warming when the good Lord Jesus Christ has promised eternal life is a question worth considering, but I will leave that for another day.