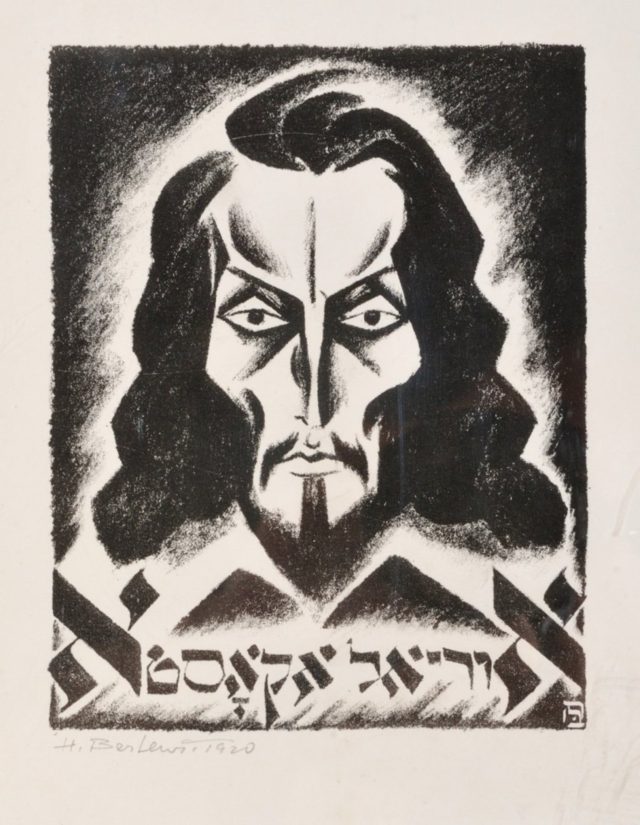 Uriel da Costa (born Gabriel) was a rather pious man, at least for a time. Born into a family of cristãos novos in 1585 who thought it better to convert than be thrown out of Portugal with the other Jews, he lived in the tension between his ancestral Judaism and his family’s new-found (but not altogether sincere) Catholicism. Costa tried to make a good run of it. After studying canon law in his teenage years, he came to hold an ecclesiastical office and later, when penning his brief autobiography, made a point to present his father in particularly as a devout Catholic. His father’s early death, coupled with other misfortunes, prompted the Costa family to flee Portugal for the Netherlands and Germany, respectively. Having already come to doubt the tenets of the Christian religion in favor of Judiasm based on his own independent study of Scripture in Portugal, Costa was in for an existential crisis when he finally came face-to-face with Rabbinic Judaism abroad. While Costa thought of himself as a faithful adherent to the Law of Moses, he saw little in Continental Judaism except for emptyheaded legalism and ritualism.

Now in his early 30s, Costa set out to disrupt the flawed but stable orthodoxy of his day through a series of publications which, inter alia, challenged the structure of Rabbinic Judaism; denied the immortality of the soul; and posited that that the Judaism of his day was devoid of the spiritual riches contained in Scripture. Prior to his critiques reaching their crescendo with the 1623 work An Examination of the Tradition of the Pharisees, Costa was excommunicated by the rabbis of Vienna—a mark that would follow him to his eventual settlement in Amsterdam. While Costa appears to have been able to maintain a decent standard of living through his business dealings during this period, his life became one of painful solitude. By 1633, he sought to reconcile himself with the local Jewish community, though it failed to take. Here is Michael Della Rocca’s account of the closing years of Costa’s life from his book, Spinoza.

Da Costa’s ban was harsher than most. When he was banned in 1633, the possibility of atonement was left open, but it was atonement by flagellation that was required. Da Costa refused, but by 1640, after enduring years of isolation, he agreed to go through with the punishment during which he was not only whipped in the synagogue, but, after the display, was forced to lie down at the threshold of the synagogue. Those who exited then stepped on his body on their way out. Unable to bear this humiliation, da Costa shot himself several days later.

Many years after his suicide, Costa’s autobiographical statement, Exemplar Humanae Vitae, made it to print. Later criticized by scholars for its inaccuracies and incompleteness, the document still stands as Costa’s last word on his beliefs—beliefs that had degenerated from a hopeful embrace of Biblical Judaism to religious skepticism. By the time he had reached the end, Costa could confidently declare that religion was little more than a human invention and that God (or, rather, his own conception of god) cared little for man-made rites and ceremonies. Even the Law of Moses, which Costa had once held up against the rules of the rabbis, lost its divine character. Lonely and humiliated, Costa left this world without the comfort of the religious outlook he once suffered to defend.

For those few who bother to pay Costa a bit of mind today, he is typically seen as the forerunner to Baruch Spinoza and an early progenitor of Biblical criticism. Some Jewish scholars, uncomfortable with the nature of Costa’s treatment during his lifetime, have attempted to rehabilitate him as a Jew whose conditions removed his culpability for heresy. Costa, after all, was born into an environment of coerced conversions where any sign of “Judaizing” could result in the loss of property, freedom, or life at the hands of the Inquisition. Having never been brought up in an authentic Jewish milieu (i.e. a Rabbinic Jewish milieu), Costa cannot be blamed for his errant understanding of Judaism generally and Holy Scripture particularly. Moreover, infused with non-Jewish ideas at an early age, Costa’s outlook—so the apologetic story goes—was forever marred; no matter how hard he might have struggled to reconcile himself with the faith of his fathers, it was never to be. As such, Costa must be held harmless for his heterodoxy while his life and legacy should be interpreted as a tragedy rather than a blemish on Jewish history.

That is, so-to-speak, a nice way of putting matters, though one wonders what Costa would think of this revisionist narrative. It’s hard not to imagine that Costa would see the biggest error of his life not in his rejection of Rabbinic Judaism, but in his attempt to reintegrate into the Jewish community of his time. Further, it is hard to shake the feeling the true tragedy of Costa’s life was not the confusion imposed upon him by his environment but rather his mental-spiritual instability, an instability that led him to expect far more from the religious culture of his times than it possibly had to offer. Of course, perhaps Costa wasn’t that unstable, mentally or spiritually. Maybe, like some now living, Costa believed that the lofty spiritual, philosophical, and theological teachings of the Bible warranted earthly representation which, though always inadequate to the task, could be far, far better than what’s available. Costa, tortured by this dashed hope, ultimately succumbed; most tortured similarly today walk away from the pain under the guise of becoming illumined.