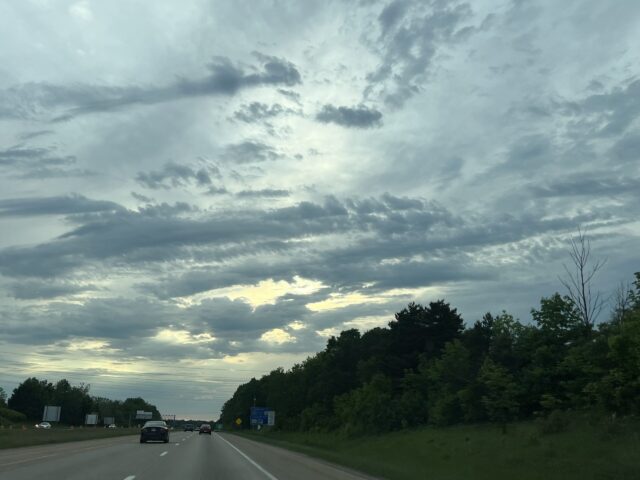 I rarely write on anything of a “spiritual nature” for the simple fact that I do not consider myself a spiritual person or, rather, I find my “spirituality” (however narrowly or broadly defined) tepid. This has never been truer since I started to (re-)attend Alcoholics Anonymous (AA) after a long period away. I was never convinced that I needed AA and a significant part of me resists it even now. Were it not for my sponsor, an eminently sensible veteran of the program who effectively blends good humor with a serious commitment to sobriety, I would have left (again). Having dipped my toes in other “recovery”/sobriety programs (I dislike the word “recovery” for alcoholism, but I’ll save that for another time), none have struck me as immediately superior to AA’s 12-step approach and all of them share some commonalities with it. Even when I was attending an intensive outpatient program (IOP) for alcoholism, I found a good deal of overlap between it and AA. In private therapy sessions I was encouraged to add AA onto the 10 plus hours of IOP. There was to be no quick turnaround that would allow me to avoid AA.

I do not intend here to be critical of AA despite still harboring reservations. There may come a time and a place to say more about the program, but now is not that time. I would never discourage any soul from attending AA if they believed they needed it. In fact, I have started to believe that those who claim they do not need it or any other program are the ones who could receive considerable benefit from not merely going to meetings, but actively engaging in the Twelve Steps. As I am fond of telling newcomers at so-called “First Step” meetings (i.e., the “initiation meeting” where a first-time attendee is directly spoken to by other members about their experiences with the program), “Do not let the perfect be the enemy of the good.” There are good meetings, bad meetings, and in-between meetings. Some people like to use meetings to tell “war stories” about how drunk they got one night or have a good laugh at themselves or others over drunken follies. There are some where people routinely shed tears and even a few where almost nobody talks at all. At almost every meeting I have attended, I have heard at least one thing that stuck with me and more than a few that have helped me turn away from the liquor store entrance. That also means I have encountered plenty of excuses, faux wisdom, self-justificatory rhetoric, and outright lies. Afflicted as I am with a tendency to “make faces” when I hear raw nonsense, AA compels disciplined listening; I rarely like it, but I imagine I am better for it.

Circling back to the beginning, the reason I mention spirituality and AA is because the program is shot through with “spirituality,” albeit of a mundane sort that should be unrecognizable to most devout Christians, Jews, Muslims, etc. AA’s “spirituality” can (and I would argue should) be enhanced by the true spirituality available only through faith in God. While God is mentioned throughout AA’s Twelve Steps and its attendant literature, it is typically “[g]od as we [i.e., individual AA members] understood [h]im.” On one hand, this is a harmless formulation insofar as it acknowledges that different AA members have different religious backgrounds. On the other, it risks (and often leads to) making God out to be little more than an “imaginary friend” who is there to give members a boost when the going gets tough. Any “spirituality” that emanates from such a low point is not one I care to be associated with and yet it surrounds me day in and day out. I find my current incapacity to transcend it to be indicative of a grave pneumatic defect that has yet to be corrected.

Maybe things have not gotten so bad as to render me “a-spiritual,” but judging by my recent reading habits, which include everything from the Russian classic The Way of the Pilgrim to Ignatius of Loyola’s Spiritual Exercises to a number of anthologies of other spiritual traditions, it is possible I am showing signs of desperation—but I am far from being without hope. If my current trajectory has taught me anything, it is the simple fact, obvious to many but too often lost on me, that I cannot will myself to be more than a shadow Christian; I must trust in God. If someone were to tell me that sounds impossible, especially today in this “worst of all possible worlds” (Elon Musk now owns Twitter!), I would be tempted to agree. Many things that are not tied up with a joyless consumer-driven existence fueled by incessant feelings of anger, fear, and inadequacy probably do sound impossible. God’s love, from which all authentic hope flows, seems like the most impossible thing of all.

And yet it is unfathomably true.