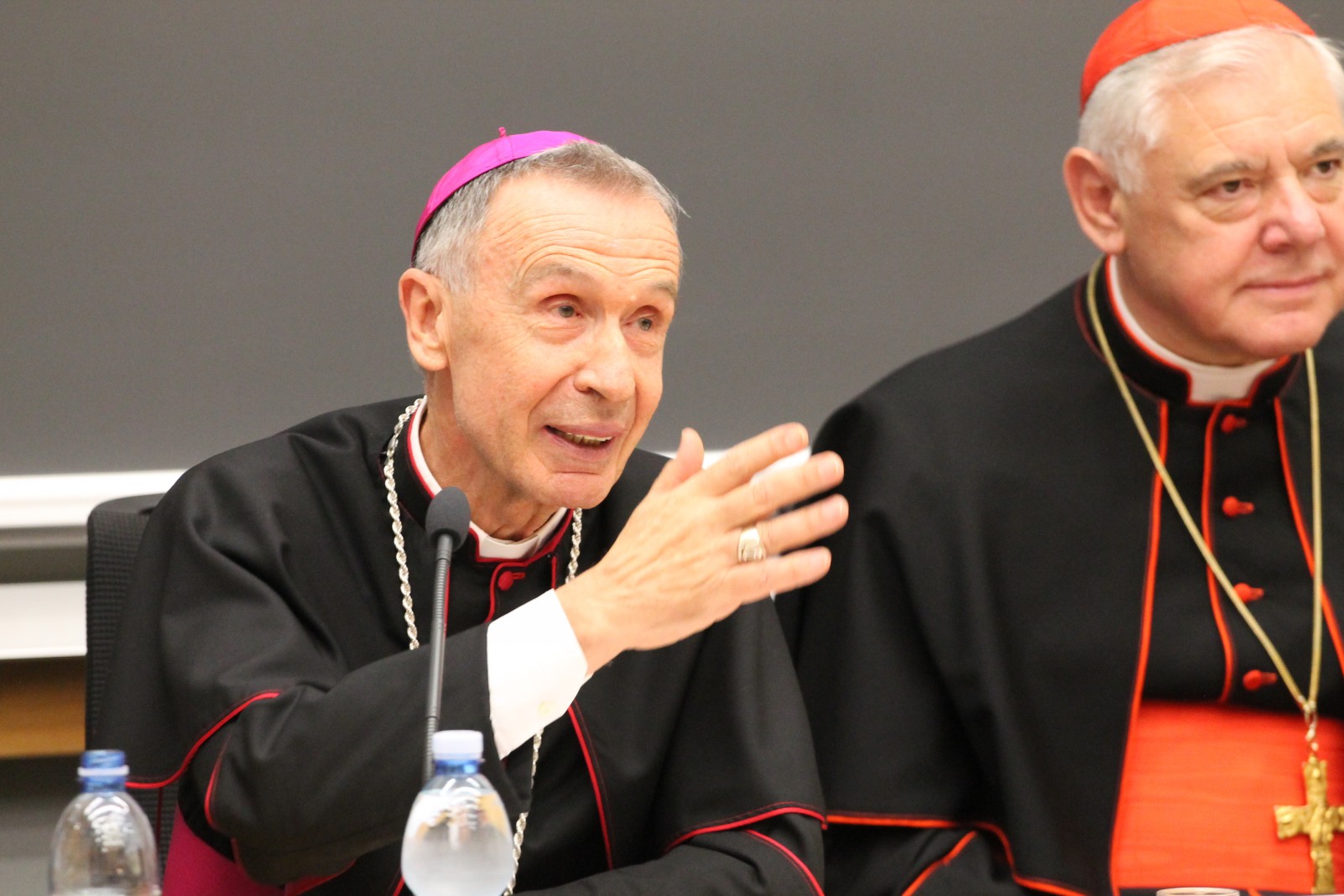 Wading into the politics of the Church of Rome doesn’t interest me these days even if my “Uniate” self must recognize that decisions emanating from the Vatican will invariably have ripple effects felt by Greco-Catholics as well. The appointment of Archbishop Luis Ladaria Ferrer to head of the Congregation for the Doctrine of the Faith (CDF) leaves me underwhelmed, not because he’s likely to take any revolutionary action, but because he will do nothing to ameliorate the ongoing doctrinal confusion in the Church. And for that reason (among others), I find Andrew Haines’s enthusiasm for the appointment over at Ethika Politika misplaced. While I understand why Haines might be happy that his former professor is moving up in the world, statements such as the following are both perplexing and troubling.

No matter the reaction we see, it’s important to remember that all members of the Roman Curia serve at the pope’s pleasure. He is not bound in justice to renew any of their terms. Any ire or upset directed at the Holy Father is unfounded in this regard.

Of course Pope Francis is not “bound in justice” to do much of anything vis-à-vis the Roman Curia, but just because he can institute a removal-and-replacement for this-or-that position doesn’t mean he should. Francis, for example, could place a hardcore Latin chauvinist at the head of the Congregation for Oriental Churches, one who has zero respect for the rites, theology, and spirituality of the Eastern churches, but should he (or any pope for that matter)? Would Haines wag his finger at Eastern Catholics who openly criticize such an appointment or would he tell them to be silent, fall in line, and accept such a disastrous appointment with a smile? If so, that smacks of some of the worst neo-ultramontanism available today.

My suspicion is that Haines would not go that far if the appointment concerned anything other than the head of the CDF. Haines, an open supporter of Amoris Laetitia (“watershed in the life of the Church”) and Francis’s “broad and substantial capacity for spiritual discernment,” knows that Ladaria will stay the course of this pontificate: more discernment, less doctrine. Clearly this worries conservative and traditional Catholics who have seen a substantial expansion in subjective approaches to Church teaching in recent years, up to and including local bishops’ conferences opening the door for divorced-and-remarried Catholics to receive Communion while others struggle to maintain the Church’s longstanding discipline. Perhaps, given Haines’s dismissive tone, he has no concern that the catholicity of the Church is under fire.

As for the rest of Haines’s remarks on the appointment, they’re a mixed bag. Haines praises Ladaria’s theological works on the Holy Trinity without seeming to recognize that the Fourth Century has passed; Trinitarianism is not under fire. (Of course, a lack of sound catechesis on Trinitarian doctrine, not to mention Christology, is certainly one of innumerable ongoing problems in the Church today.) At this juncture in history, it is the Church’s moral teachings that are assaulted at every turn by both the secular world and within the Church herself. Discernment, thus far at least, has opened the door for doctrinal relativism. Is this a development Haines supports?

At the end of the day, it would behoove Haines and other supporters of Ladaria’s appointment to make perfectly clear why they are rejoicing over it. Certainly it is not because they believe Ladaria will correct confusion in the Church or try, as best they can, to move matters back to the status quo ante Vatican II. So where goes the Church now? What does the “Church of discernment” look like in concrete terms and how does Ladaria assist in this transition which many of the faithful worldwide find not only unsettling, but deeply damaging as well?