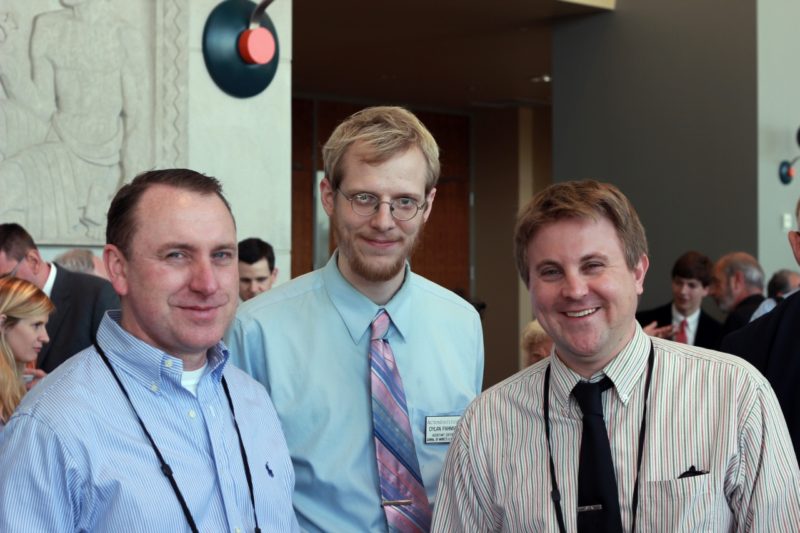 I have no idea if the Acton Institute’s Joe Carter has ever been described as a stupid man, but he’s making a pretty powerful case that he’s an ignorant one. In his second lamentation on the apparent rise of “socialism” among conservative Christians, he speculates why 20-somethings might be attracted to socialist ideas while ignoring the fact that many Christians (specifically Catholics) who oppose the Acton Institute and the free-market ideology it promotes are neither in their 20s nor have been “burned” by the marketplace. Carter, like so many free-market apologists, prefers to take a condescending approach to those who disagree with him by purporting to unveil psychological and material causes behind his opponents’ arguments. In the end, Carter might as well just called those who apparently hold to “socialist” ideas lazy, immature, and uneducated. And even if he did, he would still be missing the mark.

Those who stand fierce against the Acton Institute and all of its works are those who are committed not to their personal self-interest but rather to the social magisterium of the Catholic Church. Promoting just wages and solidarity isn’t an “option”; it is a duty that all faithful Catholics are bound to uphold. Even in an age where the capitalist system militates against the true principles of Catholicism, Catholics must, with prudence, do all they can to ensure that their public behavior comport with the social doctrine of the Church. It is to Christ, not capitalist greed, that Catholics look to, or at least should. Carter, through his association with Actonites, no doubt realizes that many Catholics have no compunction about ignoring what the Church teaches in order to make false deals with the world. Indeed, the Acton Institute itself is run primarily by Catholics who would rather sit at the feet of Mises and Rothbard rather than Leo XIII and Pius XI. It is nothing short of a scandal that these men can continue to work against what the Church teaches without reprisal.

As I have discussed before, for Carter, almost any form of public regulation of the market is “socialism,” which in effect means that the guidance offered up by Leo XIII, St. Pius X, Pius XI, Pius XII, etc. all falls under the banner of socialism since all of their writings contemplated the need for the state to step in under various circumstances to uphold the common good. As such, it is difficult to take his critiques very seriously. Perhaps he wrongly thinks that if he refers to a certain idea or instruction as “socialist,” it will instantly send Catholics running for the hills lest they be sullied by so terrible a term. Or maybe Carter thinks that he can lean on the Church’s longstanding condemnation of socialism in order to propagate the (false) idea that capitalism and capitalism alone provides the only sure and faithful path for Catholics to follow if they wish to fulfill the precepts of the Church. Certainly there are some Catholics like that, but their error cannot be taken as received wisdom. While socialism must be resisted at every turn, so does capitalism. This is what Carter cannot or will not understand. For him there are only two paths present, but those who are willing to open their hearts and minds to the Church know better.

In the end there is no need for faithful Catholics to be bothered with Carter’s carping. He will, to the best of his ability, try and throw up accusations against those who reject the lies of economic liberalism, but to no avail. There can be no appeal to “economic science” or materialism or base self-interest which can overcome the truth which only Christ’s Church teaches. It is not to Wall Street but the Cross where we must go, and if that places us out of step with the present age, an age shaped around entertainment and greed, then all the better. Let the economic liberals have their home in this world, for they have received their reward. The rest of us can look to our final end, which is Heaven.