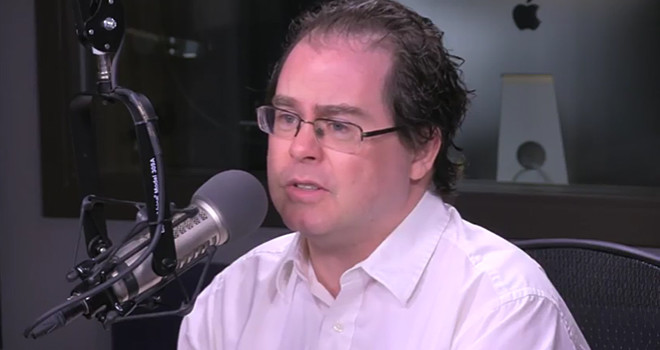 At this point there is little use highlighting how out-of-step John Zmirak is with the Catholic Church’s social doctrine. For years, Zmirak has attempted to blend his idiosyncratic form of the Catholic religion with secular liberalism, choosing to side with the latter when any conflict presents itself. In a recent piece for The Stream, a garbled mess of hysteria and hyperbole, Zmirak once again takes umbrage with Catholics who, following the timeless teachings of the Church, oppose liberalism. For reasons which are difficult to discern, Zmirak opens his salvo by attacking the “Tradinista!” collective which, if you haven’t heard, went belly up months ago due to petty infighting and intellectual incoherence. By the close of his article, Zmirak conflates the positions of these wannabe socialists with those advanced over at The Josias. Perhaps someone should have informed Zmirak that The Josias, through its editor Elliot Milco, never had much time for the inanities of the “Tradinista!” project.

Zmirak’s confusion does not end there. One of the focuses of his piece is this idea that Catholics who reject liberalism—including integralists and those who follow the Church’s traditional doctrine on religious liberty—believe that the stae, the Church, or Church and state acting in concert should actively persecute non-Catholics. Nothing could be further from the truth. Regardless of what one thinks about the status of Dignitatis Humanae, it has never been maintained that the spiritual or temporal authorities should coerce non-Catholics into accepting beliefs against their will. The issue comes down to whether or not an individual or religion has the right to promulgate error. When Catholics speak of coercion, it is the coercion necessary, for example, to stop Mormons spreading error door to door or prevent Muslims from publicly rejecting Christ.

As for the Church’s right to coerce baptized Christians through penalties, Zmirak panics at this suggestion—but why? Has no one told him what excommunication is? Does he know nothing of the suspension of priests and bishops from their duties for certain infractions? The Church’s denial of the sacraments to Protestants and others who reject Catholic teaching is a form of coercion, arguably the most powerful form available. While I doubt that Zmirak would advocate for the Church to remove all ecclesiastical penalties from the table so as to not be accused of coercing anyone, it seems that he has not thought his position through with much rigor.

Or maybe he has. It’s not out of question that Zmirak knows that he is appealing to some of the basest prejudices of his readers in order to advance his private cause against those who take Catholicism more seriously than liberalism. By leaving the impression of angry mobs armed with pitchforks and torches marching toward the local synagogue in his readers’ minds, Zmirak may be trying to shame his opponents into walking back their ideas or, at the very least, making certain compromises with the liberal order. Thankfully, that is not going to happen. What Zmirak fails to understand is that illiberal Catholics (whatever their particular affiliation) did not set out on the hard path of resistance only to abandon the fight at its earliest stage. The Catholics Zmirak has no time for are the very sort who take the Church’s teachings seriously and will not forego the instructions of reason and revelation simply to get along with a socio-political ideology which, odds are, will recede into the darkness in the centuries (if not decades) to come.

Zmirak may not want to accept this, but it matters not. He can continue to pander to the lords of this world; the rest of us have business elsewhere.