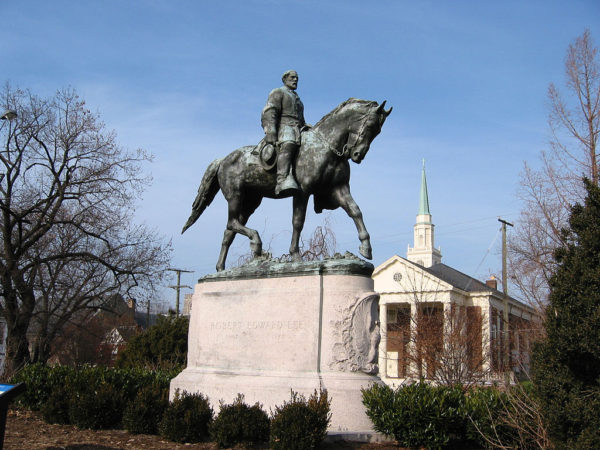 A great deal has been made of this past weekend’s events in Charlottesville, Virginia where the “Unite the Right” rally descended into violence. That’s not surprising. What is surprising, however, is how many pundits and social-media “experts” are only now coming to the realization that racism and bigotry in the United States is not confined to fever swamps and southern mountains. For decades, civilized white America has patted itself on the back with the self-confident belief that racism, by and large, had been eradicated from everywhere except the peripheries of society. The election of Barack Obama in 2008, so the story went, proved that America had overcome the race problem. All the while disparate groups identifying as neo-Nazi, neo-Confederate, nationalist, and, eventually, alt-right had begun leaning on increasingly more subtle and complex arguments for why race—and indeed racism—still mattered. America, they claim, is on the verge of losing its white-European-Christian-whatever identity; the time to stand up and fight has finally arrived.

Of course, how many “soldiers” of this particularly distasteful manifestation of the Right are available is something of an open question. By most accounts, only a few hundred folks attended the “Unite the Right” rally. And while there are plenty of racist trolls lurking around social media, many are anonymous, cowardly, and lacking anything resembling a coherent outlook. So now the media, indeed white America as a whole, is at risk of compensating for its prior dismissal of the race issue by overblowing the extent to which ideological racism shapes the thinking and political choices of a noticeable swathe of Americans. The reason this is a risk is because racial issues, like gender issues, tend to obscure one of the deepest problems in the United States (if not the West), namely class. But few people want to talk about that.

There is another risk that should also be noted: giving the racist Right a deeper (but ultimately false) sense of their own power and influence. Make no mistake about it: “Unite the Right,” a rally involving anything but a proper sampling of the American population, is now being heralded as a victory for no other reason than it has upset the Left so. Those who adhere to the true principles of the Right or, rather, principles often associated with the Right but only have coherence and meaning if moored to the Catholic tradition should worry about this. While there can be no doubt that civilizations must be defended if they are to be preserved, it is only Catholic civilization—Christendom—which warrants defending. The racist Right’s nationalism, fueled by such idiotic pieties as “Southern pride” and “Western values,” is devoid of any sense of the common good; whatever its purposes, the salvation of souls is not among them.

Unfortunately, too many Catholics (meaning any Catholic, anywhere) have been enchanted with the racist Right and its wobbly nationalistic outlook. Instead of identifying with the Church and working for the restoration of all things in Christ, they cling to the useless hope that by marginalizing minorities, mindlessly halting immigration, and touting the “glories” of America, they are somehow engaged in a holy crusade that finds favor with God. The reality is that the only thing pleasing to God is the re-Christianization of society, of bringing to Christ His lost sheep (of which there are hundreds of millions in America alone).

Although it should go without saying that integralists can have nothing to do with the raw nonsense spouted by the racist Right, certain remarks popping up on social media compel me to point to an early piece I wrote for The Josias that makes clear the racism and nationalism being promoted in certain circles has nothing to do with integralism or Catholicism. Catholics are not concerned with the color of man’s skin but the state of his soul. The civilization we seek to rebuild has nothing to do with the heritage of a country infused with the false principles of liberalism, but everything to do with the timeless principles articulated and defended by the Church for centuries. Ultimately, we have no use for secular presidents and legislative bodies that serve the interests of elites. It is Our Lord Jesus Christ, not liberalism, which we wish to see reign over society, and until He does again, our work for the rights of God, modest though they be for the time being, will never cease.