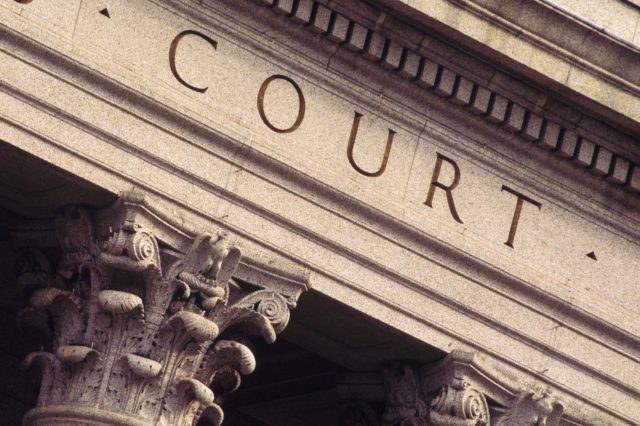 Note: This post first appeared at the “Legal News” section of The Maul Law Group website. For more of my ongoing posts on law and related topics, please visit over there.

Giambattista Vico, writing in chapter two of his De Antiquissima, observed: “An esteemed jurist is, therefore, not someone who, with the help of good memory, masters positive law, but rather someone who, with sharp judgment, knows hw to look into cases and see the ultimate circumstances of facts that merit equitable consideration and exceptions from general rules.”

Most lawyers today, for better or worse, needn’t master positive law; they have numerous subscription databases at their fingertips for that. That hasn’t made them better jurists, at least not in the Viconian sense. Attorneys no less than judges are beholden to what the retired federal judge and scholar Richard Posner called “the law made me do it” conception. That is, lawyers will look at the positive law (statutes, cases, or both) and too often believe that a “right answer” emerges from it, even if that answer is not right for their clients. Judges, not wanting to reason through difficult problems dynamically, will look for an easy escape hatch, such as flat textualism or an over reliance on precedents (precedents which may have been formed in different contexts than case at issue).

Some will want to brush this concern to the side, arguing that law should be neither a dynamic nor an innovative profession, but a static and predictable one. Certainly, predictability is a virtue in any legal system. However, lawyers and layman alike place too great of a premium on it. The truth is that the application of many rules, even at the lower-court level, is always fraught with uncertainty due to the different temperaments, interests, and sophistication of judges. Even in Michigan, what flies in a judge’s court in one county crashes and burns in another. Lawyers who recognize this and adjust tactics accordingly tend to be more successful across the board, but many in and out of the legal profession are, understandably, left with a sense that this degree of variance is a legitimate problem that ought to be rectified.

Maybe, but how likely is that to happen? Michigan, like many states in the Union, has an elected judiciary and most voters have neither the time nor the inclination to research judicial candidates thoroughly. An appointed judiciary wouldn’t necessarily solve the predictability problem either as those appointments will be made by an official or officials with varying policy preferences and judicial goals. (For more on this problem, see my 2014 article in Bridge magazine.)

Circling back to lawyers in particular, how should they reasonably face a situation where the law does not appear to be “on the side” of their clients? Appellate attorneys are naturally better situated than those who tough it out at the trial level to get the law shifted in their clients’ direction, but that doesn’t mean trial-court lawyers have to accept the constraints of “the law made me do it” approach to both lawyering and judging. Numerous Michigan statutes are open-ended, vague, and poorly worded, and binding interpretations on what they mean are few and far between. Lawyers, in concert with judges, may love to say they “start with the text,” but that’s not entirely true; they likely start with what they want and look to see if the text confirms or denies it. Or, more dismally, some do start (and end) with the text, thinking—wrongly—that their personal take on the words and that take alone should guide them toward an outcome than may be suboptimal for their clients.

Perhaps it’s too much to hope that attorneys are all that interested in these and related matters. It stands to reason than most people go to law school and pass the bar not to wrestle with the “meta” problems of law and representation, but to make a (hopefully good) living. Fine. But professional pursuits need not come at the sense of introspection. When it comes to how best to service clients, thinking about law in a three-dimensional manner, including the way in which we believe the legal system ought to function, can pass on considerable benefits to those attorneys are charged to represent (and represent zealously).