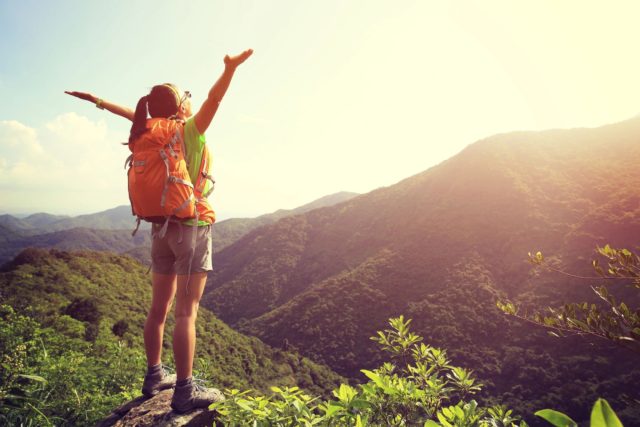 A traditional Catholic friend and writer recently lamented in private about the cabal of young-ish covert-to-traditionalism types who feel compelled to pontificate on “things [traditional] Catholic” on web-logs, online publications, and social media. He feels – rightly so – that these folks ought to put a lid on it, at least for the time being. I cannot say I disagree with him. Having been a convert myself at one time (to Eastern Orthodoxy) and young blogger (I started when I was 23), I understand the temptation to share every thought and feeling that springs forth from my being. I also get that with conversion comes a great deal of misplaced zealotry. Converts to traditional Catholicism (who may or may not have been nominal Catholics beforehand) revel in throwing stones at the so-called “Novus Ordo Church” while also taking potshots at other Christian confessions they deem “heretical” and/or “schismatic.” Converts to Orthodoxy are similar, though they typically spend their time going on about the supposed “laxity” of cradle Orthodox while ripping on Catholicism. (For those unaware, a vast majority of converts to Eastern Orthodoxy are former Protestants, most of whom cannot let go of their deep-rooted anti-Roman biases.)

Speaking for myself, there is very little that I wrote during my time as an Eastern Orthodox Christian that I stand by today. (Thank Heavens my old web-logs are but digital dust.) It was not until after I returned to Catholicism in 2011 that I finally gained some perspective on my Orthodox days. Here in 2019, it seems that too much time has passed for me to give that period a fair accounting. That is one reason why I now opt to tread lightly around Orthodoxy, qualifying my criticisms when warranted and doing my best to apply a hermeneutic of charity to the Orthodox despite the fact many (if not most) refuse to apply the same toward Catholicism (especially Greek Catholicism).

As for the current batch of neophyte traditional Catholic commentators, they are mostly harmless despite being unoriginal, unimaginative, and uninspiring. Any person of sound mind who has read the works of Archbishop Marcel Lefebvre and Michael Davies knows all they need to of the ongoing crisis in the Catholic Church. What more is there to say? God bless those who have something constructive to offer, but they are few and far between, and most have a decade or more of post-graduate life experience behind them. I cannot see for the life of me what benefit accrues to a single soul to read another digital screed against the “revisionist-homosexualist-relativist-ecumenist” mafia that apparently controls the Catholic Church. And no, neither I nor anyone else should be privy to what this-or-that traditional Catholic is “giving up” for Lent. I assure you: not only is it trite, but no serious ascetic will be impressed. (On this point I must mention that the normative fasting practices for the Eastern Orthodox Church are exponentially more demanding than anything a Latin Catholic blogger has thought up.)

I could offer up some words of caution, but no one is going to listen. If they did, I might say something to the effect of, “Be careful what you write today; it will come back to bite you tomorrow.” Or, to put it another way, “What future law firm/hospital/accounting office/fast food restaurant that you plan on applying to is going to be impressed that Googling your name instantly yields a dozen blog posts and 1,000 Tweets about how the Jews control the United Nations?” Should the Catholic Church begin healing her many wounds, particularly the ongoing sex-abuse scandal, I assure you it will not be because you blogged about it. In fact, I can super-super, double-dog guarantee that ecclesiastical healing will not come about because you ripped your local pastor a new one on the Internet for some minor infraction of the 1962 Missale Romanums’s rubrics or you shot off 15 paragraphs about how the Divine Mercy Chaplet is a fraud.

Rather than write, let me suggest you read. While I concede that some of Archbishop Lefebvre’s works are rather dry, Michael Davies’s are not. After you finish his corpus, expand your horizons a bit and take a walk on the Eastern side. Pick up Fr. Aidan Nichols’s Rome and the Eastern Churches; it will cure you of the delusion that “to be Catholic” is “to be Latin.” While you are at it, get ahold of Fr. Robert Taft’s magisterial study, The Liturgy of the Hours East and West. It ought to dispel any notion that the “Roman liturgical crisis” began a mere 50 years ago. And for Heaven’s sake, acquaint yourself with the Church’s authentic social magisterium, both through the original papal encyclicals (Rerum Novarum, Quadragesimo Anno, Quas Primas, etc.) and secondary works like Fr. Cahill’s The Framework of a Christian State. By the time you finish all of that while pursuing additional works that come to light during the course of your studies, you should be old enough to realize you should not blog or write anything on the Internet.

I hope to get there someday myself.