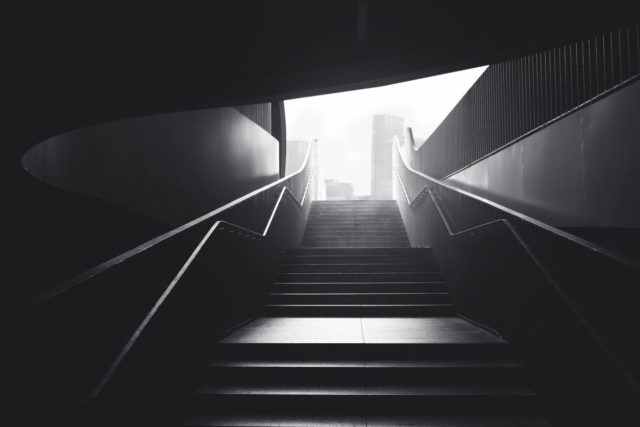 The latest episode of Michael Voris’s boorish online show, The Vortex, raises the fear flag on socialism. According to Voris (by way of President Donald Trump), socialism is creeping back into American politics through the Democratic Party. Since, according to Voris, socialism is the natural enemy of the Catholic Church, all Faithful of good will should be alarmed at this outbreak. Never mind, however, that Voris fails to define precisely what socialism is; he simply wants Catholics to be afraid (very afraid).

That socialism has become a political buzzword again is beyond dispute, but what does that mean? The “socialism” promoted by the likes of Bernie Sanders and Alexandria Ocasio-Cortez is not particularly radical. For nearly a century the United States has embraced an array of social safety nets and entitlement programs. While Republicans continually call for retracting these programs, they have never mustered the political capital to abolish them in toto. What is potentially different today is the small but growing number of Democrats willing to speak freely about adding on to existing programs along with offering new entitlements such as student-loan forgiveness. Whatever the wisdom of these proposals, it is hard to fathom how American is any more socialist today than it was at the time of the New Deal. It has been more than eight decades since the “Four Horsemen” of the Supreme Court struck down the National Industrial Recovery Act in Schechter Poultry Corp. v. United States, 295 U.S. 495 (1935). I see nothing on the horizon from the new “socialists” that is anywhere near as radical.

All of that aside, Voris’s latest tirade distantly reminded me of recent installment in Bernard Harcourt’s ongoing Praxis 13/13 series at Columbia University. (I wrote last week about the seminar on the alt-right here.) The 8th seminar, “The Idea of Communism,” discusses, inter alia, liberating the idea of communism from the contingencies of history. Communism as realized in the 20th century may leave much to be desired, but that does not mean there is not a more desirable, more pristine, form of communism still available to us. If we can find a way to circumvent historical communism, both in its 19th century Marxist form and 20th century realized iterations, maybe it still has something to “say” to us; maybe it can still save us from the horrors of capitalism (or not). Regardless, according to Harcourt (and many others), it is worth finding out.

Voris, in his own way, is fascinated and terrified by the idea of socialism. It does not matter that neither Sanders nor Ocasio-Cortez are espousing anything resembling historical socialism; what matters is that the idea of socialism—even the very word “socialist”—is sufficient cause to sound the alarm. Resisting the idea is more important than understanding the idea. Voris, and others of his ilk, are uninterested in the concrete proposals of these so-called “socialists,” and with good reason. As a recent article in Jacobite highlights, Ocasio-Cortez—on a limited level—takes inspiration from Catholic social teaching. Should Catholics, including conservatives like Voris, pay attention to this concrete reality, then the specter of Ocasio-Cortez’s supposed “socialism” becomes less frightening. And if that “socialism” becomes less frightening, then Voris and his followers lose the opportunity to leverage a newfound “socialist panic” for their true end, which is the eventual reelection of Trump.

None of this is to say that Catholics should support socialism per se. Then again, given that conservative Catholics, including the neoliberals occupying the seats of power at the Acton Institute, believe that the likes of Chesterton and Belloc waved the red flag in their works, maybe there is no meaningful polemical difference between socialism and distributism (or Catholic social thought in general). Any platform or policy that seeks to lift a single finger of the “Invisible Hand” off the marketplace is anathema. It is little wonder that, in reaction to such stale liberal dogmas, a significant percentage of young Catholics now flee to “socialism” (or some idea of socialism). Granted, most of that is just posturing on social media, but that does not mean it isn’t noteworthy.