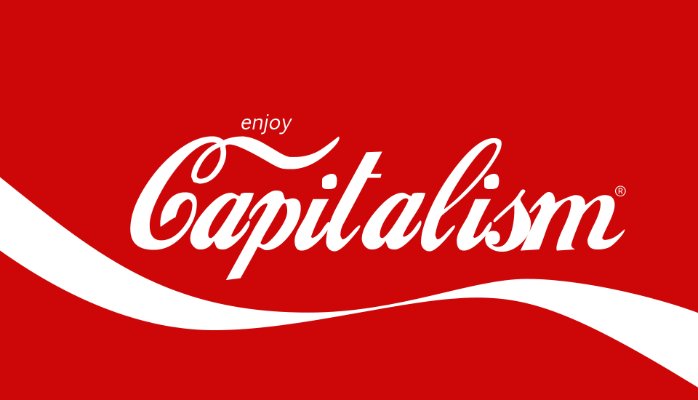 A strange phenomenon seems to be overtaking the Catholic world, or at least that minority portion of the Catholic world that spends way too much time on web-logs, online magazines, and other forms of social media. Just as it seems that conservative-to-traditional Catholics are prepared to shake off liberalism once and for all, there has been a noticeable decline in thoroughgoing Catholic critiques of economic liberalism. That is not to say they’ve disappeared altogether. The Distributist Review, for instance, still publishes, and Thomas Storck has a new book out. However, the waters have been muddied a bit. The ill-conceived, ill-designed, and ill-executed Tradinista! “project” (debacle) seems to have taken the wind out of some Catholics’ sails. Maybe a few too many have bought into the idea that to oppose markets is to embrace socialism, something which the Tradinistas! had no qualms over.

Some thought, with the election of Donald Trump, that Catholics no less than other conservatives would begin to embrace economic populism. The problem with this “hope” is that few seem to understand what economic populism is. Moreover, Trump isn’t really interested in that line of thought anyways; his presidency is one built upon contradictions and fueled by the ever-dwindling hope that the blue-collar workers and rural poor who helped get him elected will be better off economically by 2020 than they were in 2016.

Catholics, as best as I can tell, haven’t paid much mind to such things. Liberal Catholics, of course, continue to advocate for economic centralism with a thick, federally backed menu of entitlements and welfare transfers. They are rightly suspicious of not simply economic populism, but the rolling back of government funding for everything from healthcare to food stamps. They see Trump’s economic vision, and the economic vision of the Republican Party, as antithetical to Catholic social teaching (CST). Maybe. The problem is that instead of critically reviewing the economy as a whole, seeing where liberalism has created serious moral and material pitfalls, they naïvely look to the federal system to correct market failures and inequality. Starting from the top and working back down is exactly what CST recommends against; but unsurprisingly the liberal Catholicism’s ignorance of true social principles matches that of their slightly estranged conservative brethren.

Traditional Catholics, historically, were the torch bearers of CST, albeit with some occasional blind spots. Unlike conservatives who love to latch onto the “Lockean” portions of Leo XIII’s Rerum Novarum and rework John Paul II’s social magisterium into an apologia for free-market capitalism, traditionalists see a golden thread in CST running from the pontificate of Pius IX all the way through Pius XII. Rerum Novarum is great, but so, too, are papal documents such as St. Pius X’s Notre Charge Apostolique and Pius XI’s Quadragesimo Anno. The Catholicism nurtured by these cornerstone teachings and, indeed, the Church’s millennia-long theological and philosophical reflections on society, politics, economics, etc. produced, in the first half of the 20th century, a rich body of literature on (re)building Christendom from the ground up. Where has that thinking gone today?

Sadly, the temptation to be “relevant” has gripped the contemporary Catholic imagination, even the imaginations of those who find so many aspects of liberalism abhorrent. These Catholics will go on about the importance of the environment, abolishing the death penalty, and other social-justice issues, but they have little to say about how to make small businesses flourish; the corrosive nature of the ostensibly “free market” on communities and ecclesiastical life; the immorality of peddling inessential goods and services on Sundays; and so on and so forth. They are silent on the social rights of Christ the King and perils of democracy. They may speak of what “the Gospel” dictates while texting on their smart phones, filling their online shopping bag at J. Crew, and positing pictures of their dinner n’ drinks online in order to broadcast an unearned air of “sophistication.” If this is the brain trust of the Catholic Church and, more specifically, CST, then any hope of vanquishing economic liberalism as a justifiable “option” for committed Catholics is, at best, a fool’s hope.