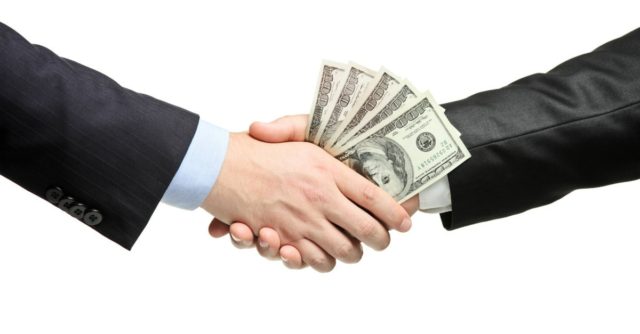 Everybody knows usury is a sin just as they realize that the post-Reformation order and the rise of economic liberalism conspired to make usury a part of everyday life in the West. Why charging illicit interest on money is sinful is nicely summarized by Fr. Walter Farrell in the third volume of his Companion to the Summa:

Wherever usury is found it is wrong; and its evil is manifest. It is absurdly simple to understand that to charge a man twice for the same thing is always unjust; yet that is precisely what usury does, it sells the same thing twice. The trick is possible only when the thing sold or loaned is consumed in its very first use, things like wine or sandwiches, or money. When we demand, over and above the return of the original sum of money loaned, an added amount for the use of the money, our act is the same as selling a man a glass of wine and then charging him for the privilege of drinking it. If we keep this simple statement of usury in mind, it will not be difficult to understand the absolutely necessary distinction between usury and legitimate interest. The latter is charged not for the mere use of the money as in usury, but on some extrinsic title.

Notice here that Fr. Farrell makes a distinction between usury and legitimate interest, that is, interest that is charge “not for the mere use of money…but on some extrinsic title.” Perhaps the two easiest examples of extrinsic title that come to mind include high-risk loans and loans affected by inflation. With respect to high-risk loans, the Byzantine Empire generally allowed for the charging of interest, particularly for loans regarding the transport of goods by sea (a risky enterprise back in the day). The charging of interest to cover inflation also makes sense and, for the most part, is uncontroversial. Short-term loans for modest sums that are paid back relatively quickly pose no apparent risk and so, historically, have not been granted an exemption to the general rule prohibiting the charging of interest.

What about so-called “productive loans,” which Hilaire Belloc and others have discussed? Productive loans are those that can assist a person in his work, such loaning someone $10,000 in startup money to open an oil-change shop or a bakery. The idea that Belloc advances is that it is legitimate to charge interest (or, rather, receive a payout of dividends) should the business turn a profit. However, should the business not turn a profit or even fail, then the person making the loan would have no additional claim beyond the original sum loaned. A more radical iteration of this approach is that should the business fail, then there is no right to a return on the money loaned. In other words, the investor shares in the risk of the business failing, but also has a right to proportional proceeds over and above the amount loaned should the business succeed.

Here is how Belloc describes productive loans in his work, The Crisis of Civilization.

A man comes to me and says: “I have found upon my property a vein of ore, but it lies deep, so that I shall require a considerable capital—say $100,000—to extract the valuable metal. That metal, when it shall have been extracted, will be worth at least $200,000. But I cannot obtain this advantage until I purchase the instruments for developing the mine and have hired the labor required to work it. Lend me the $100,000 necessary for the operation.” I answer him: “If I do so, you must give me a share in the profit, say half of the total.” He agrees, that without my capital he could not develop the mine; without his ore my capital would not be used. The combination of the two is productive wealth, and we share that wealth. That is a perfectly moral transaction, even if the profit be one of 100 percent or 1000 percent over the original investment; so that if, with my stipulated half profit, I make 50 percent or 500 percent on my original loan, I am in no way to blame. The increment is not properly speaking interest on a loan of money: it is a share of real wealth.

I make mention of this distinction here because it is a common objection of economic liberals that Catholic social teaching and the systems that have been devised to conform with it would not be productive without usurious lending. In their minds, “the market” demands usurious lending as the only mechanism by which businesses can start and grow; innovations will occur; and the material needs of society shall be met. At the same time there are rightly concerned souls who fear that any lending many run afoul of the Church’s classic and immutable stance against usury. That is not necessarily the case. Loan agreements and, indeed, the general laws of a society can be crafted in such a way as to control the types of interest being charged and the circumstances under which it may be permissible.