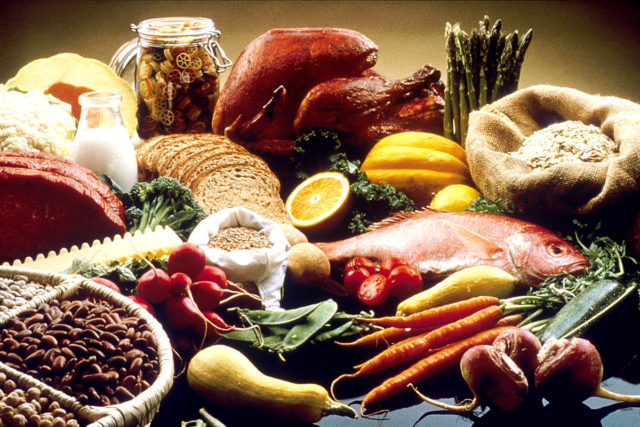 A recent post appearing over at Taylor Marshall’s web-log compares Islamic fasting practices during Ramadan with those that existed in the Western (Latin) Church during the Middle Ages. Setting aside Taylor’s cringe-worthy commentary on “hot Christian princesses” and the “toughness” of medieval Christians, the post illustrates just how far the Latin Church has drifted from its aesthetical roots. Still, it’s worth bearing in mind that when Western Christendom followed an austere Lenten discipline, life was, well, rather terrible. Food consumption occurred at a radically lower rate than what we experience today and foodstuffs such as meat and dairy were not widely available to most of the population. Moreover, as Taylor’s post highlights, the relaxation of the Latin Church’s fasting discipline came first at the behest of monastics (many of whom lived better lives than laymen) and the rich who exchanged gifts to the Church for dispensations from fasting.

Today, only the Eastern Christian churches (most of which are out of communion with the Catholic Church) mandate regular fasting with a special emphasis on Lent. Before saying anything in its favor, it is important to note that the “fast heavy” culture in the East, particularly among the Orthodox, is often exaggerated and romanticized. A good number of so-called “cradle Orthodox” (i.e. those born into Orthodoxy) take their communion’s fasting rules in stride, and while some will follow them strictly, many do not. This often scandalizes converts to Orthodoxy who sometimes turn fasting into an idol, as well as a point of pride that makes them stand out from other Christians. Too often this degenerates into the unedifying spectacle of converts and cradles arguing over disciplinary minutiae with particularly sensitive souls fretting over whether “the Fathers” would have condoned the consumption of peanut butter during Lent.

The Latin Church, with its penchant for disciplinary legalism, today provides a fairly easy path for its faithful to adhere to the rules strictly under pain of mortal sin. The Orthodox, by contrast, have a far more rigorous conception of fasting, albeit without the attendant penalties—maybe. An Orthodox cleric of note once told his parish that there was no need to confess falling short of Orthodoxy’s fasting prescriptions period. (The exception to this counsel would be breaking Orthodoxy’s Eucharistic fast and still receiving communion.) Another I have come across told me that any deviation from mandated fasting is a sin that should be confessed, though there may be mitigating circumstances such as being a guest in a non-Orthodox home and being served meat or accidentally ingesting a forbidden product because one forgot to thoroughly read the ingredients on the back of the box. All Orthodox appear to agree that any pastor can dispense a member of his flock from all or part of the fast on a case-by-case basis.

In an effort to “upgrade” the prevalent of fasting, at least during Lent, many traditional Latin Catholic outlets and publications will call attention to the Catholic Church’s fasting disciplines as they existed in the first half of the 20th century. Many traditional Catholics, for instance, honor the Ember Days despite their abolishment decades ago. Still, this is a minority of Catholics overall and even these disciplinary rules fall far short of what was expected in the Latin Church a millennium ago.

It is easy, and perilous, to problematize fasting. Instead of becoming an act of self-discipline that assists a soul in drawing closer to God, it turns into a legal debate. One has to wonder if the Latin Church, again with its penchant for legalism, could even redirect Christians toward greater austerity without mentioning fire and brimstone. In other words, without a culture of exhortation with a hefty dose of tolerance toward limitations and weakness, inspiring (rather than threatening) people to do better for their own spiritual benefit will prove difficult. Proposed canonical rules with an “or else” attached will be resisted and likely never come into effect anyways.