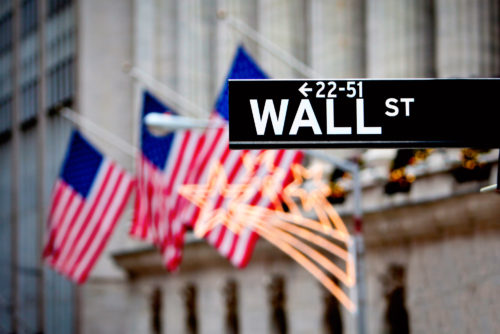 Over at First Things, my friend Andrew Strain has a fresh piece up, “Free Markets and Unicorns.” Strain is skeptical of the neoliberal narrative that “the market is a self-regulating mechanism sufficient unto itself, a system naturally suited to achieve the best outcomes overall.” In other words, free markets, according to some contemporary strands of economic ideology, maximize social welfare while public regulation, what with its risk of being captured by special interests, impedes such gains. As Strain, leaning on David Ciepley, points out, the market as we see it today relies on both private initiative and public cooperation with those initiatives. For instance, corporations are, today, considered a “natural” part of the market, though their makeup, character, and liability for potential harms they may cause are calibrated by public law. The entire post is well worth reading.

While I agree with Strain’s position, I can already see the rebuttals on the horizon. Those who lean libertarian will argue that it is unnecessary for there to be public regulation of corporations; corporations should always be the outcome of private initiative secured by contract. To the extent corporations do wrong, those wrongs can and ought to be addressed by private law, specifically tort law or, in certain instances, contract law. For example, a corporation that pollutes a river which causes X amount of damage to homes and farms down that river can be held accountable under a theory of strict liability; if they break it, they buy it. Similarly, if a corporation defrauds shareholders or fails to deliver on a good or service it has contractually obligated itself to, then the terms of the respective contract will dictate the damages to be awarded.

This is not a new position. In one of his early books, Simple Rules for a Complex World, Richard Epstein—arguably the premiere libertarian legal theorist of the last 50 years—sought to dispose of the complex web of public regulatory measures in favor of a comparatively simpler system of private law governed by tort, contract, and property. Whether they know it or not, many libertarians (and neoliberals) hold fast to Epstein’s thesis when pushing back against public regulation; they’re just not as articulate as Epstein is. What Epstein and his epigones miss, however, is that a system of private law, particularly in common-law countries, is not neutral. It is informed by decades, if not centuries, of assumptions and ideologies that tend to shift with the development (or distortion) of social norms. For Epstein’s libertarian schema of private law to work, the freedom of contract must be nearly absolute (coercion and fraud don’t count), as are property rights. But why make either absolute? A pre-legal argument has to be constructed for that, and too often the argument is assumed rather than made.

None of this detracts from Strain’s position, of course. Perhaps in a subsequent piece he will meet these and other lines of criticism that are sure to come on the heels of his piece. Make no mistake about it. Despite the radical shifts in our understanding of the origins of “economic science,” the unpredictability and volatility of global markets, radical shifts in attitude around the world toward capitalism, and the unnerving realization that neoliberalism has failed to unite the world and cease conflict through the establishment of an international marketplace fueled by free trade, neoliberal ideology, in both its moderate and radical forms, remains alive and well.