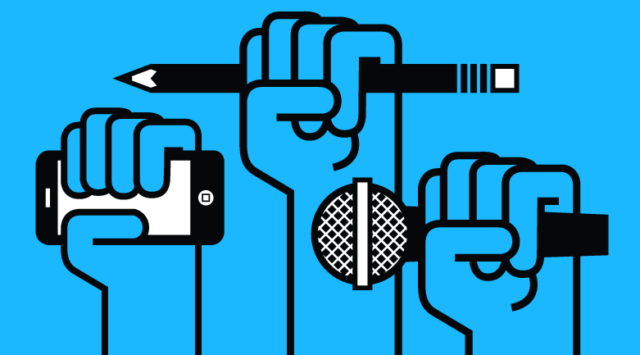 We are certainly not alone in questioning if society can exist with the liberty of the press, a scourge unknown to the world before the latter half of the seventeenth century, and restrained until the end of the eighteenth, with scarcely any exceptions but England–a part of Europe separated from the continent by the sea, as well as by her language and by her peculiar manners.

Freedom of the press and its annoying sibling, freedom of speech, are today perceived to be cornerstones of a healthy liberal society (if any liberal society can, in fact, be deemed healthy). The idea, which has taken on new vitality in the digital age where every man with Internet access allegedly has “a voice,” is that people have an inherent right to express themselves regardless of talent, training, or temperament. While most who made it out of middle school should know that the right to one’s opinion does not mean a right to having it respected or even not laughed at, there are still far too many adults who accept, on faith more than anything else, that the unhindered expression of thought conveys a vaguely understood good for humanity. Even those who do not accept such nonsense still maintain that while it is no loss that Ben the Baker is restrained from pontificating on politics or Ernie the Economist ought to keep his mouth shut on art, who decides who speaks, when, and under what conditions? Censorship may not be evil per se, but men are evil and will use the power to silence others for their own personal advantage. Better, then, to have a very low signal-to-noise ratio in print, on blogs, and on television than dare allow any authority, spiritual or temporal, to police speech.

The great Austrian diplomat Klemens von Matternich didn’t see it this way, of course. He lived at a time when there was still a glimmer of hope that the revolutionary forces of liberalism, secularism, and nationalism could be thwarted. By 1848, the battle was all but lost and Matternich saw himself going from Austria’s top statesman to a political exile. The Holy Alliance of Austria, Prussia, and Russia, one of the chief accomplishments of Matternich’s storied career, had some success in quelling rebellion throughout Continental Europe, though rampant distrust of Russian actions in Western Europe coupled with inconsistent policies toward nationalistic movements (e.g. Greek independence), soon fractured the various alliances against liberalism that Matternich and others constructed throughout the first half of the 19th century.

In the hopes of stomping out the flames of revolution before they could spread, Matternich advocated for tighter strictures on the press. He knew all too well the dangers of the printing press–dangers that first manifested themselves in the lead-up to the Reformation centuries earlier. Pay no mind to Protestant polemics. It was not the printing of the Bible that undermined the “superstitions” and “heresy” of Catholicism; it was the dissemination of false interpretations of Holy Scripture, including the pernicious and untenable belief in sola scriptura, that poisoned the Corpus Mysticum. By the 19th century, the publication of religious heresy was matched in volume by the printing of what Matternich saw as political heresy, namely the overthrow of the natural order of monarchs, religious institutions, and the imperial system as a whole. Believing, with perhaps more empirical evidence than we recognize today, that some peoples were meant to rule while others had to be ruled, the nationalistic fervor that spread across Europe during Matternich’s lifetime was an abomination, one that Matternich and the imperial powers of his time were ultimately unable to put down.

Today, the liberty of the press and freedom of speech are less the agents of macro-level political revolution and more the pretty playthings of capitalists and other liberal ideologues who seek to dismantle the last vestiges of decency in morality in the name of power and profit. Liberalism, secularism, and, in a modified sense, nationalism are no longer seen as revolutionary but normative. If there is still a revolution to be had, it is against the possibility of restoration, and that will only be successful if truth is diluted with such a frightening volume of error that there will be little hope ever distilling the former from the latter. Matternich, during his time on earth, likely could not comprehend such a catastrophe, for despite his own personal shortcomings, he no doubt believed that the Church and the intellectual fruits of Christendom would continue to witness for the truth, empowering those with eyes to see and ears to hear to halt and eventually overcome the revolution. But since when does the Church bother to speak the truth? What remains of Christendom but some chapters in history books?